Our next destination was Budapest – the European “gem”. The Hungarian capital can justly be called a treasure trove of breathtaking views and magnificent historical landmarks.

We moved to Budapest in June, but, although it was the high tourist season, the prices for renting apartments were a welcome surprise for us, even though we chose a large apartment in the very city center. 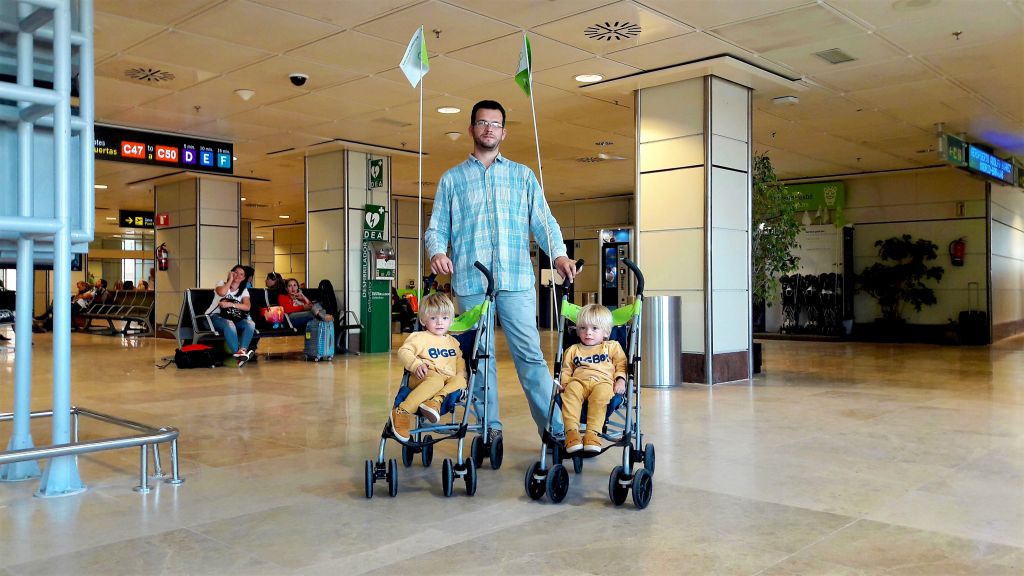 History of the Founding of Budapest

Budapest is one of the youngest and, at the same time, the oldest European capitals. On the one hand, its history dates back more than two thousand years, but, on the other hand, the city we currently know was officially founded only in the 19th century. 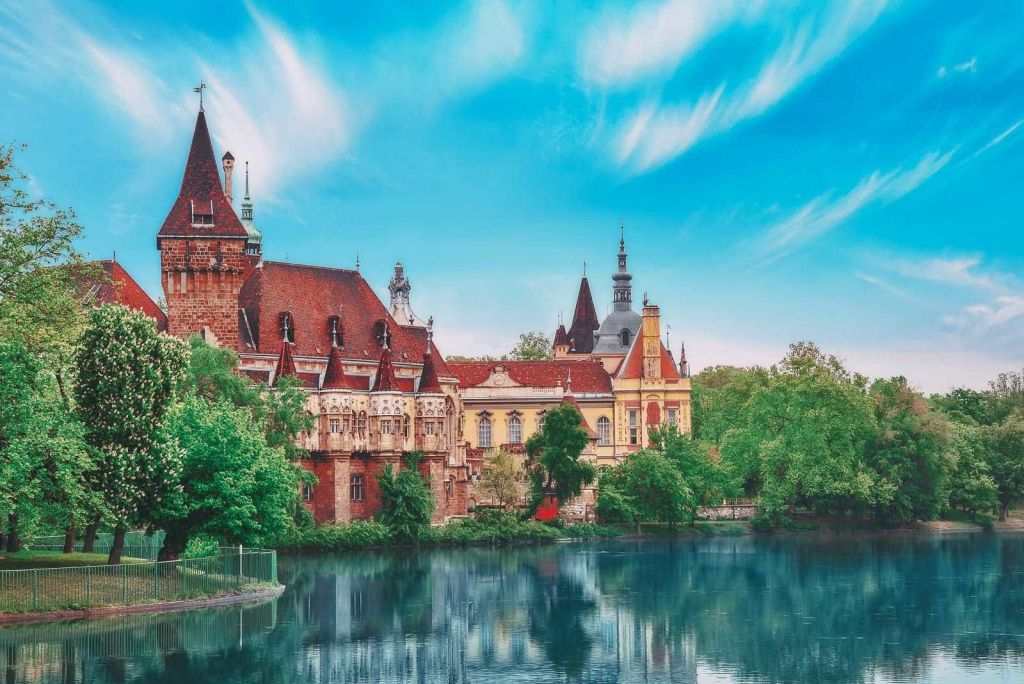 At first, back in 106, instead of modern Budapest, there was the Roman town of Aquincum (from “aqua” – “water” as the city is famous for its hot springs). As far back as that ancient time, the Romans discovered the hot waters’ medical properties and built a lot of baths. Many of them have even survived down to our days. 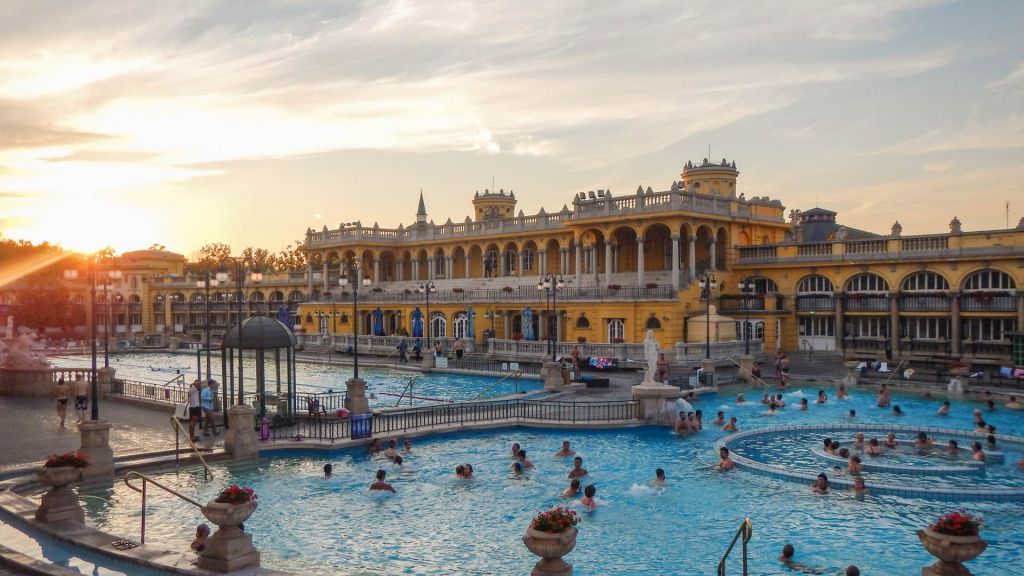 The Hungarian tribes themselves came to these lands only in the 9th century. Having expelled the Romans, the ancient Hungarians founded their own town of Buda that became a powerful center of the state. At the same time, on the opposite Danubian coast, a completely different, less reputable, town of Pest was developing.

In the 13th century, both of these towns were attacked by the Mongol troops that completely destroyed them. Restoring its inheritance, the Hungarians mounted a strong castle on the Danubian western side. Since then, it was around this castle that a city of Buda began to develop, and the rest of the settlement was named Obuda, which meant Old Buda. 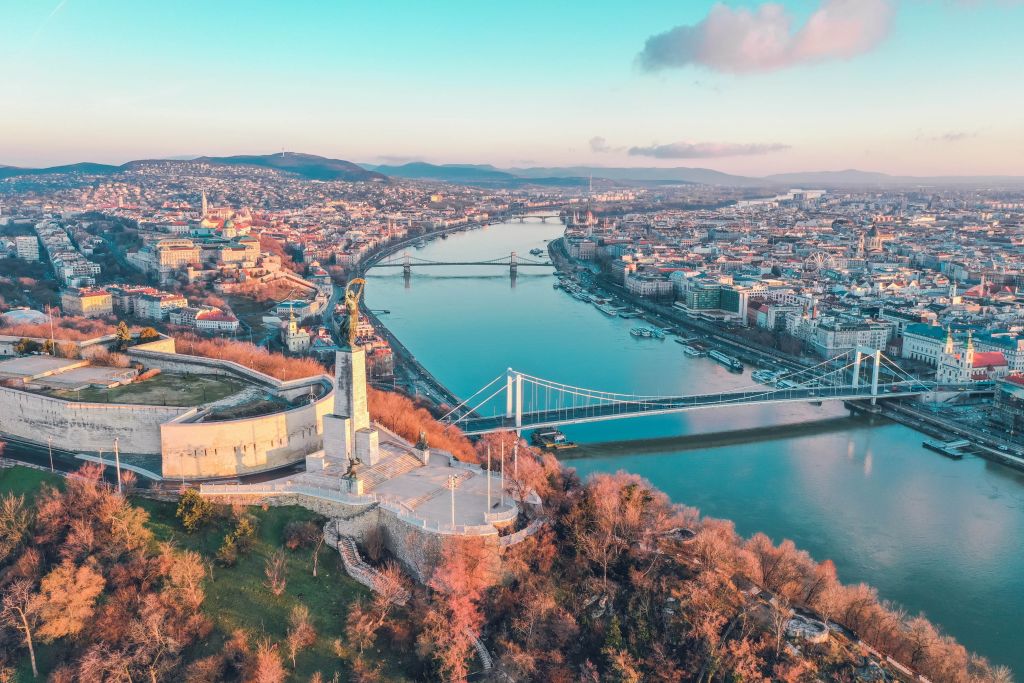 The three towns officially merged only in 1873. From that time on, Budapest began to look like the city that we keep admiring today: the Hungarians erected the majestic Parliament Building, finished the St. Stephen’s Basilica construction, opened Andrassy Avenue. The avenue is currently on the UNESCO World Heritage List. 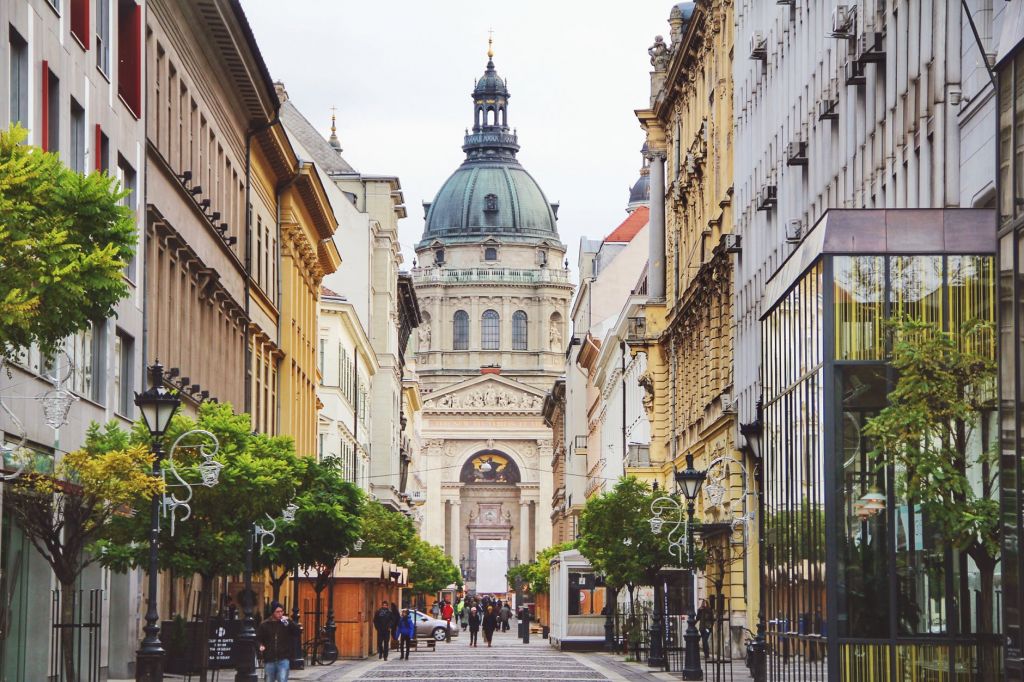 The city was actively developing and improving right until the Second World War. The war turned the central city areas into ruins and destroyed all the bridges across the Danube. Nevertheless, Budapest managed to restore its architectural landmarks. 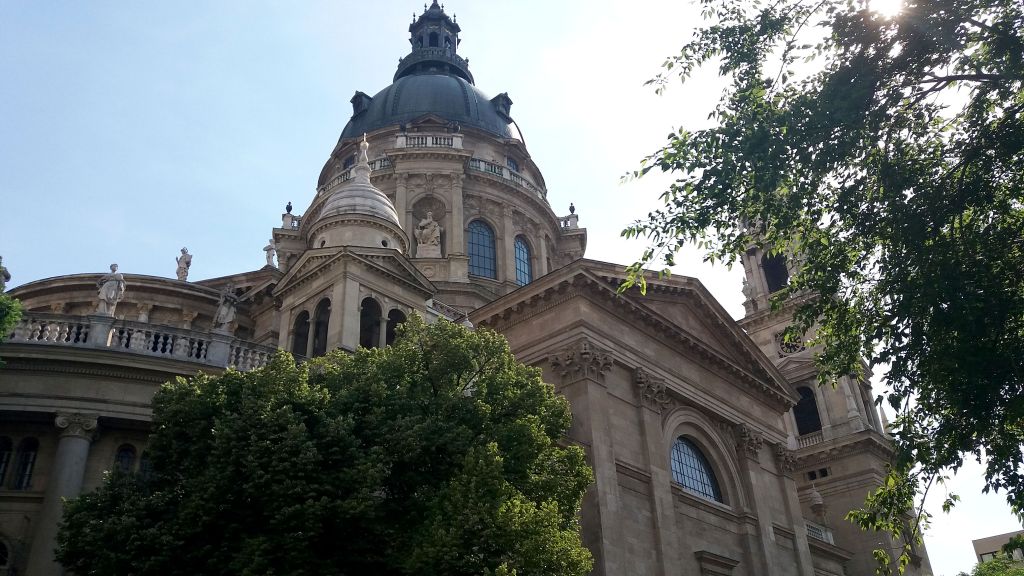 Even though Buda and Pest have merged, the difference between these two parts is still obvious. The east of the city is humming with activity, while its western part serves as a real museum of architectural landmarks of past centuries.

Time with Our Children

We were agreeably surprised to see no tourist crowds on the Budapest streets, which is unusual for a large European city in summer. The Hungarian capital is vivid, with no unnecessary spit and polish and, despite its status, even felt kind of suburban. 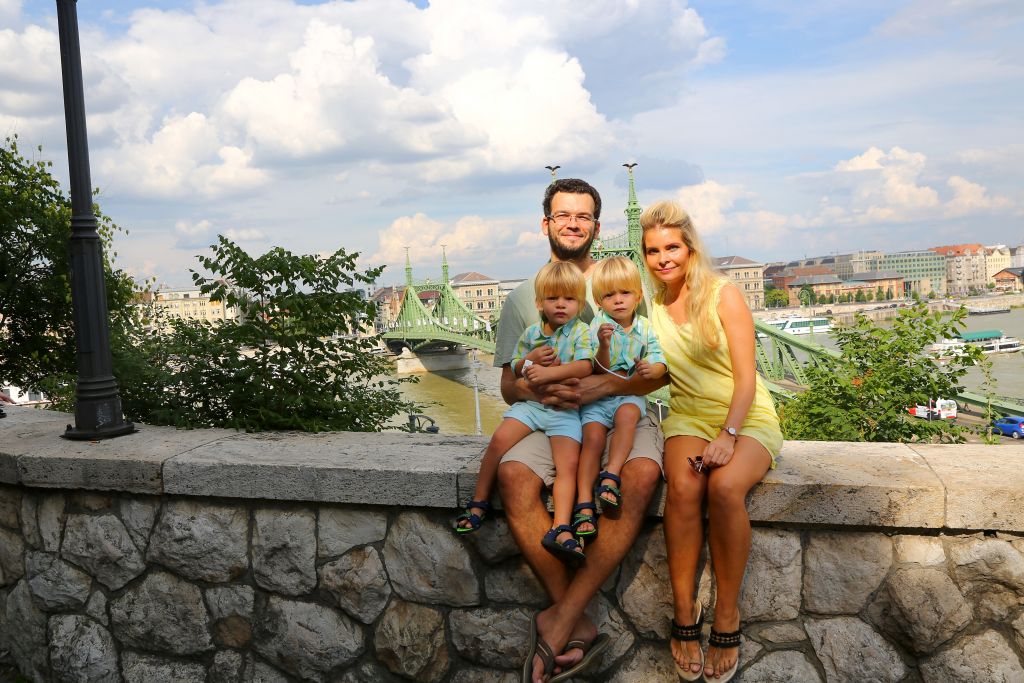 The pedestrian infrastructure here is great, although the flat Pest is far more convenient for walks than the hilly Buda.

We could wander around the city, not keeping our heads on a swivel, until late at night – that is how safe it is here. 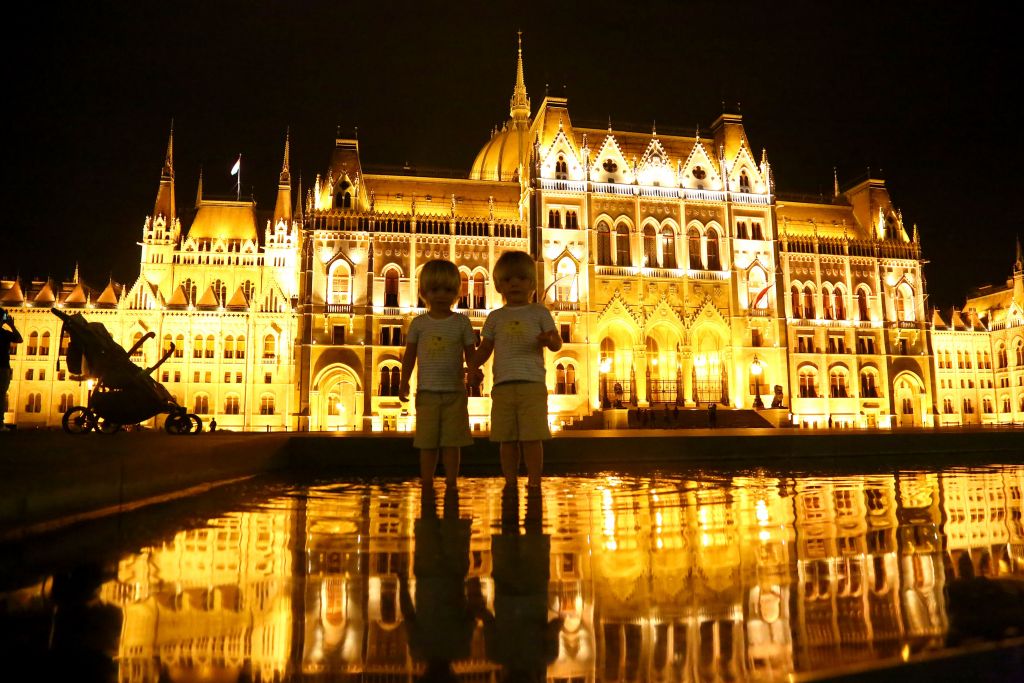 There are many parks and recreational areas in the city. Most of them close around 9 p.m. to protect these “green islands” from the homeless and the countless beer-drinkers.

Playgrounds also surprised us with their variety – they are located almost in every block. Such an abundance of playgrounds was a real heaven for Michael and Robert – they were eager to try each new amusement. 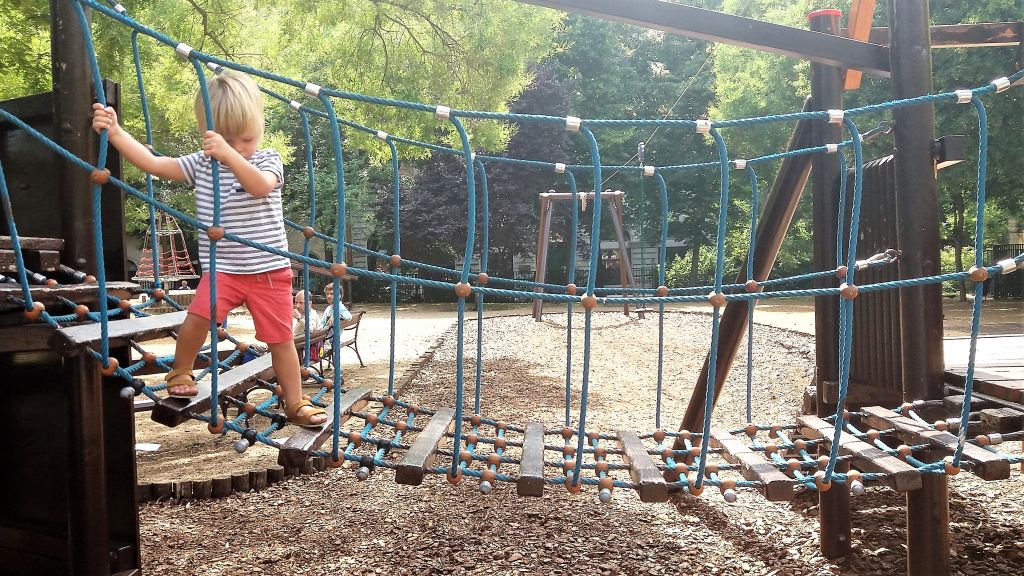 But the real adventure for our boys was the Ferris wheel. Despite its height (213 feet!), after the first round, they overcame their initial fear and even asked to take another ride on this iron giant.

Not far from the Ferris wheel runs the 2.5-kilometer Andrassy Avenue, also known as Budapest’s Champs-Élysées – that is how fancy and honorable it looks. Even though the avenue is located in the very heart of the city, there is no traffic rumbling or large crowds of people there. 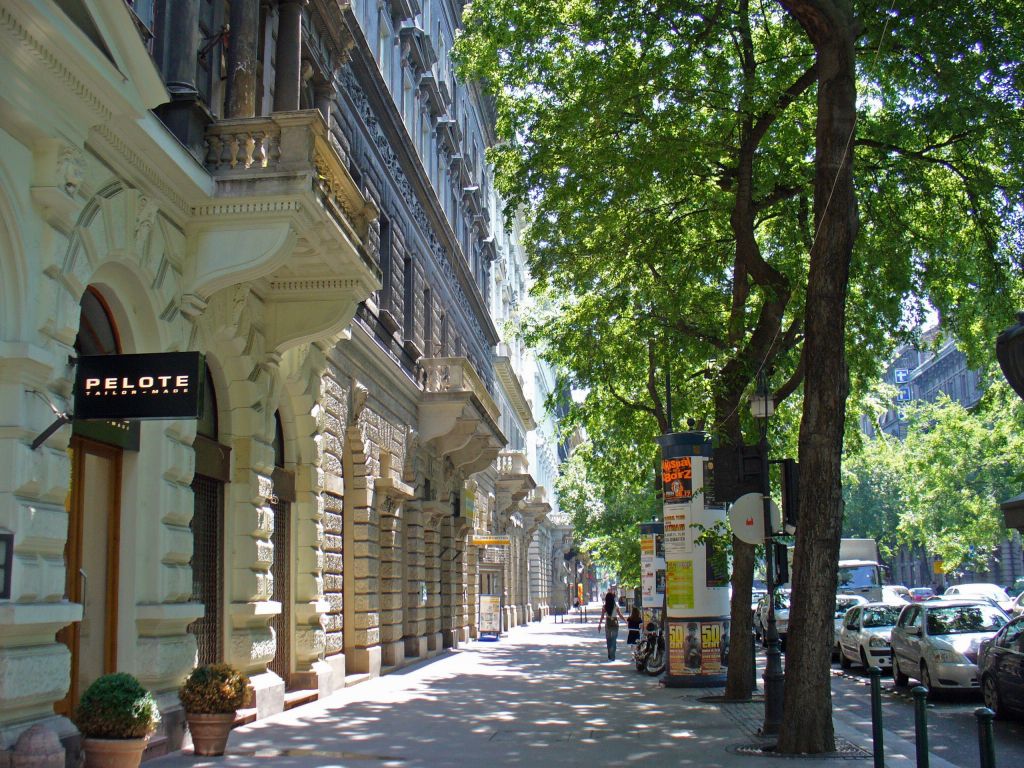 Initially, the avenue was intended to be home for the Hungarian noblemen. The construction began in the 1870s and lasted for 40 years.

The entire street hides the oldest metro line in continental Europe under itself. The city authorities flatly denied letting any public transport along the avenue so as not to disturb its high-ranking residents.

Our apartment was situated next to the main Andrassy masterpiece – the Hungarian State Opera House. This dark neo-Renaissance building was built eight years after the avenue was opened, and both of these historical sites were designed by the same architect. 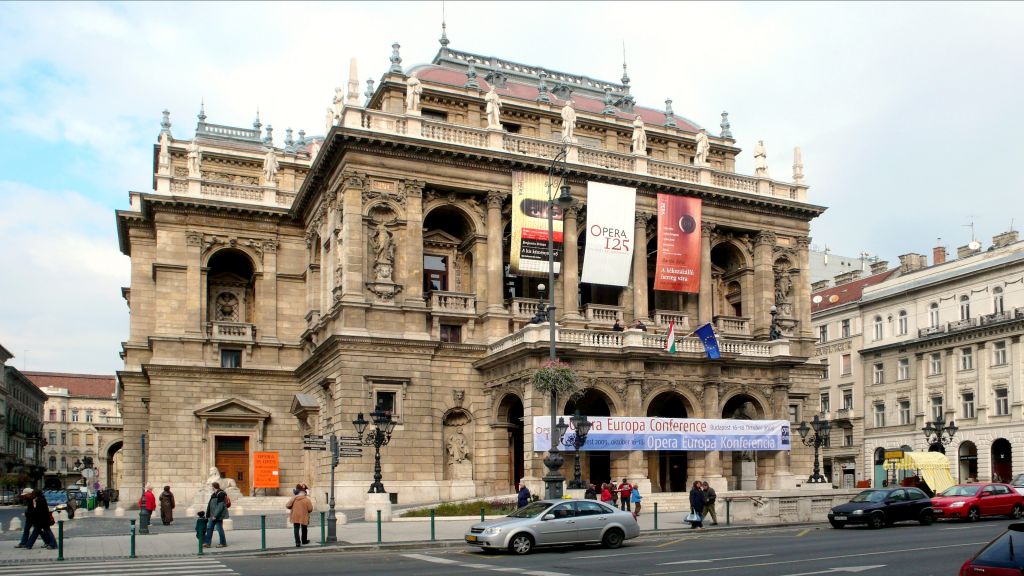 One block from the Opera House, Andrassy Avenue is intersected by a small street, Nagymező. This is a very picturesque street – we could not help but admired buildings’ relief appearances, unusual flower beds, and green trees along its entire length. People often call Nagymező Budapest Broadway since there are a lot of theaters (Operetta Theater, the “Thália” theater, Miklós Radnóti Theater), and most of the houses here are considered architectural landmarks. 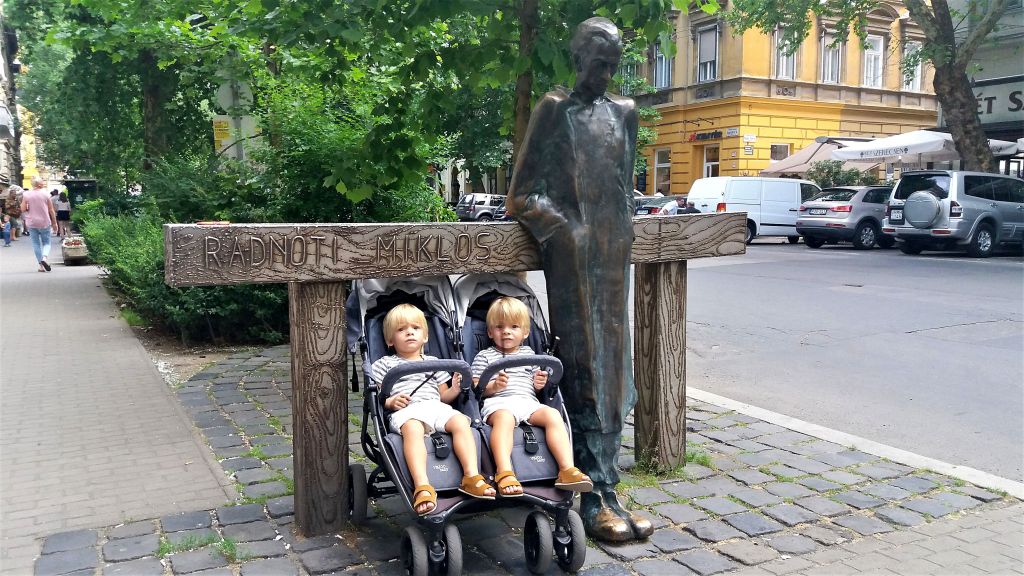 The most unusual avenue’s building is the House of Terror. The key feature of its appearance is a huge black frame with the words “TERROR” embossed in it. When it is sunny, they are “imprinted” on the house walls.

During the Second World War, this building was home to the Fascists and later to the Soviet authorities. After the war had ended, it was equipped as a prison where anti-Soviets were tortured brutally. After all the terrible things that happened here, in 2002 the city authorities decided to turn the building into a museum to memorialize the victims of totalitarianism. Photos and names of tortured political prisoners are currently posted right on the House’s facade. 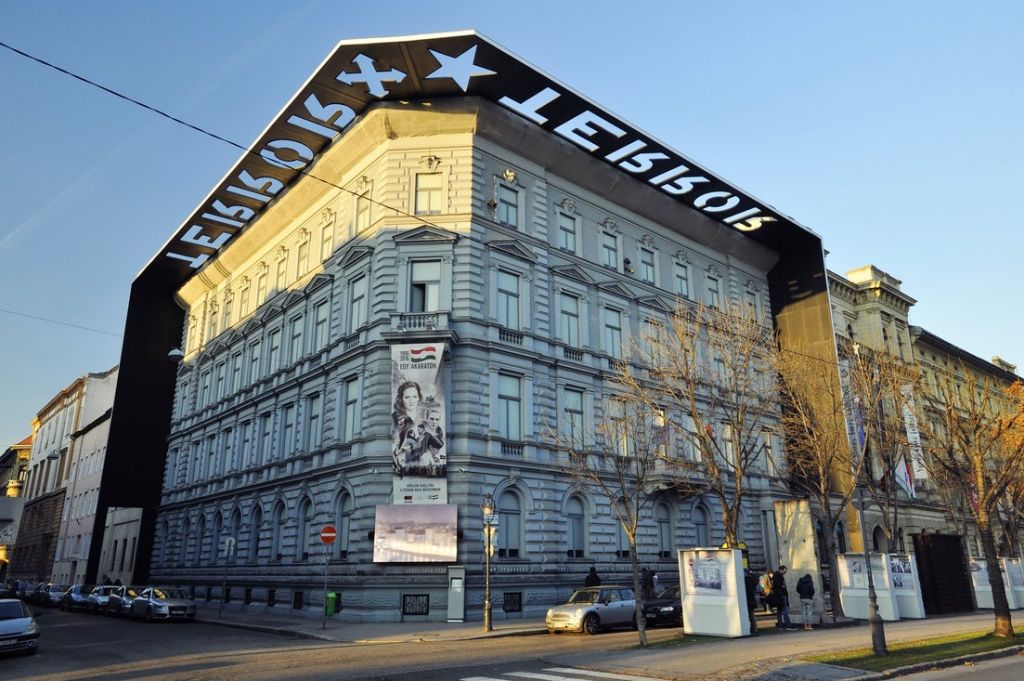 A little further, there is another museum, Miniversum, but its subject is more positive – it exhibits miniatures of 14 cities of Hungary, Austria, and Germany!

The miniatures are made in so much detail that we could examine them for a long time: here people are pushing a stopped tram, there others are holding a demonstration, and, far from them, cows are grazing in a green meadow. In total, the miniatures’ author used 5000 pieces of people, 1000 cars, and 100 trains.