There was another reason to hurry to get to Buenos Aires by January: Helen dreamt of celebrating her birthday in the capital of Argentina. We chose Puerto Madero, the old port district, for our celebrations. 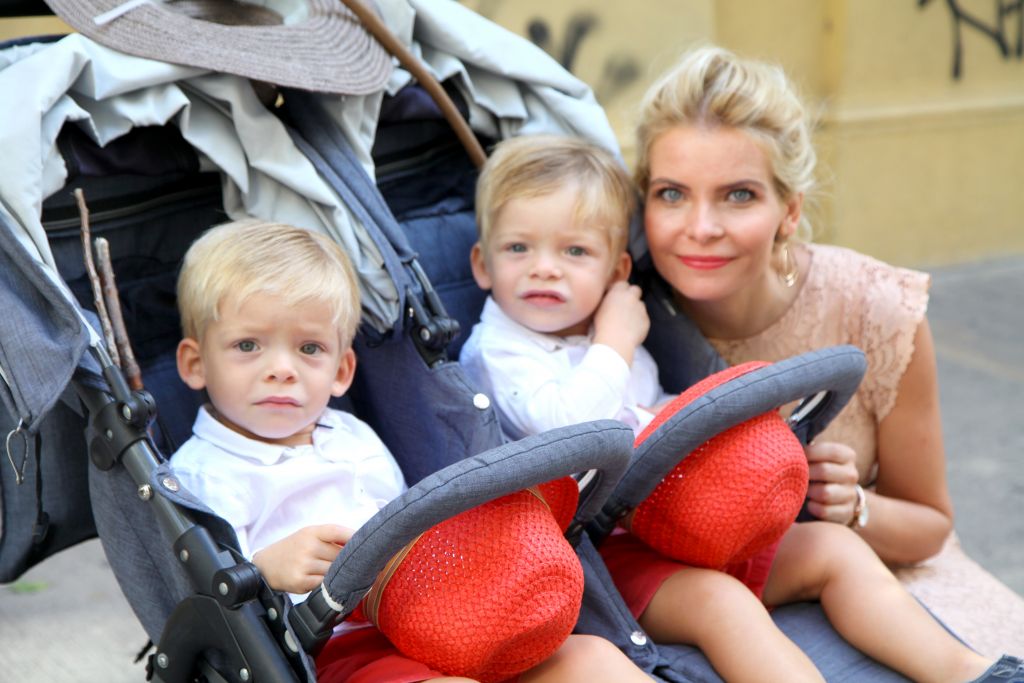 Today the area is considered one of the most prestigious and expensive in the city. Looking at its wide avenues and glass skyscrapers, you can hardly believe that several years ago Buenos Aires’ authorities thought about razing the entire district to the ground. The idea came up once a new port was built, and Puerto Madero got deserted and became one of the most dangerous and crime-ridden neighbourhoods in the capital.

However, eventually, urbanization was preferred to total destruction. In the late 20th century, the district was going through major redevelopment. It’s changed beyond recognition and is shining with modern high-rises, posh housing estates, luxury restaurants and hotels today. 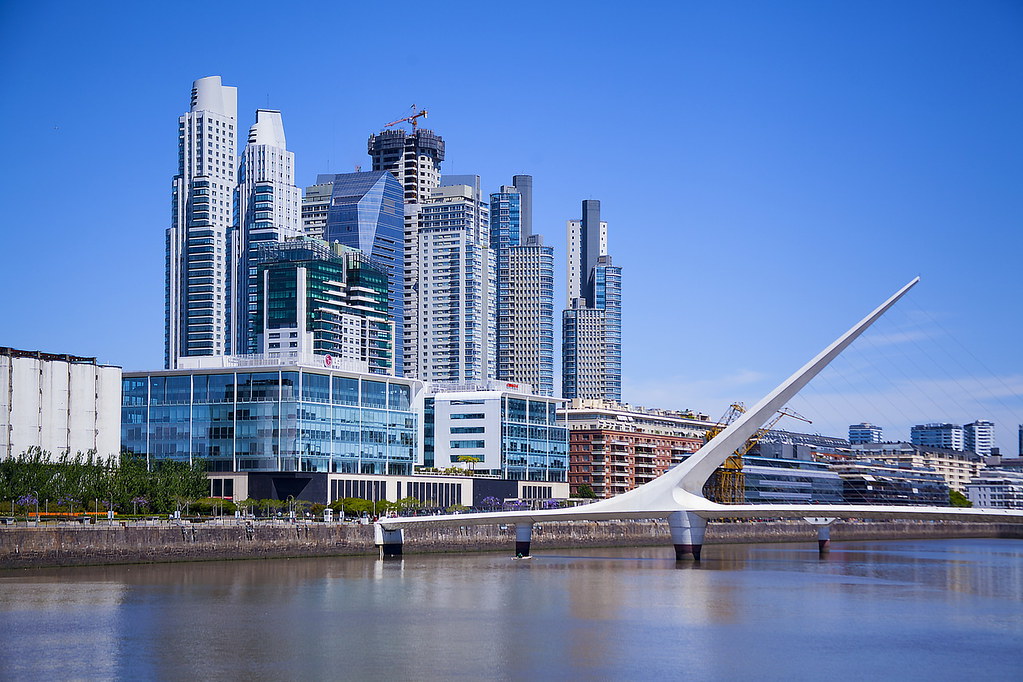 After dinner at a restaurant, we had a nice walk along the waterfront. The east and west banks are connected by movable bridges — interestingly, they move not up, but sideways — of which the most famous is the Puente de la Mujer (Women’s Bridge) footbridge. 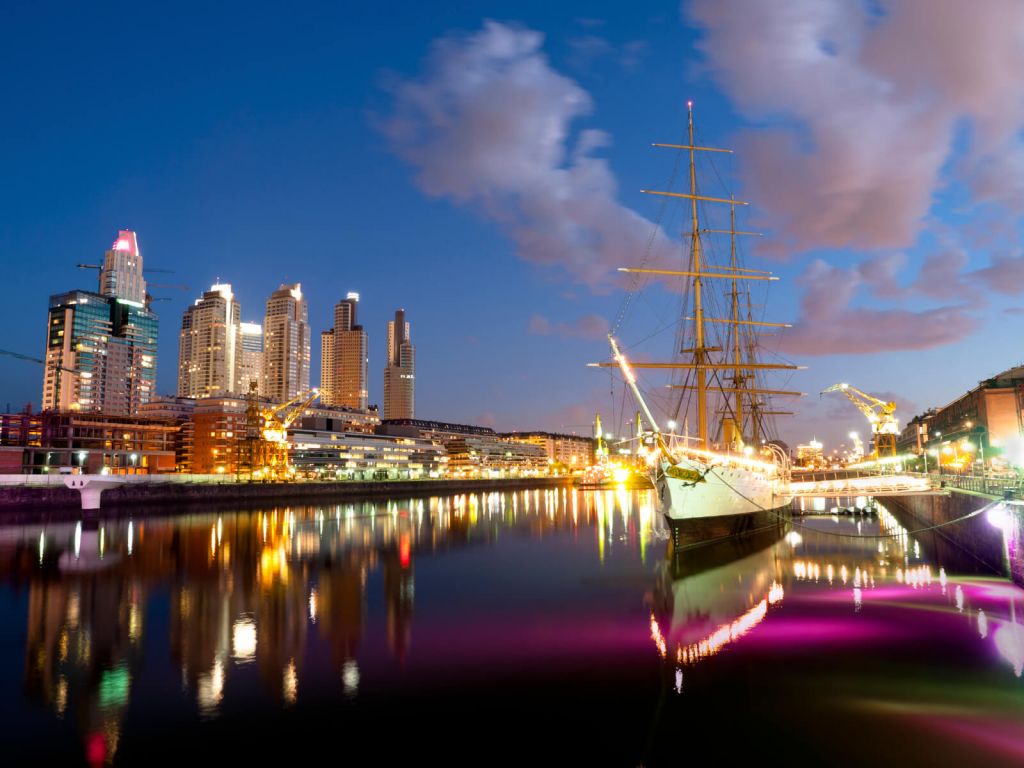 Illuminated by thousands of lights and neon signs, the area looks incredibly beautiful in the evening.

When planning a trip to Argentina, we knew we wanted to be there during the carnival season. Unlike in many other Latin American countries, a carnival in Buenos Aires is not a huge procession of dancers on platforms. Here separate groups of performers dance on different streets at different time.

The Argentinian carnival is by no means a new tradition for the country. Similar events were first held as far back as in the 17th century. The colourful performances were a bright mix of traditional Spanish dances and rhythmic tunes played by African slaves. 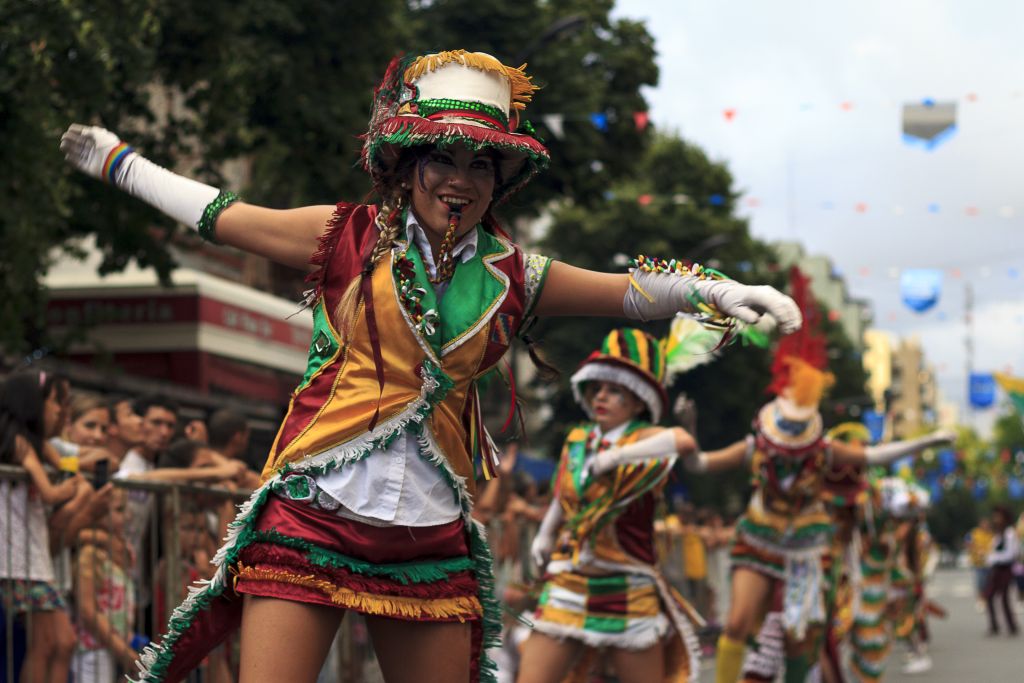 At first, these theatrical performances were held privately — dancers performed at Spanish nobles’ houses. But little by little, the small performances turned into public street celebrations, and later into large parades with thousands of participants dressed in bright costumes and masks.

The popularity of carnivals peaked in the early 20th century, but in the ‘70s, all celebrations were banned by the military dictatorship. Only in 2011, street performances were recovered and officially declared national holidays.

Walking around the city, we often saw dancers practising before their performances. As a rule, school sports grounds were provided to performing groups for training. Sometimes we watched artists getting ready for a show and then saw them again on the street dressed in costumes already. We usually managed to see several performances during the evening following the carnival schedule.

Rehearsals were sometimes no less interesting than the actual performances.

Each performance was really special and joyful for our boys, as all processions were accompanied by rhythmic drum sounds, and Robert and Michael Jr were so enthusiastic about drums.

Right after the first performance, the boy’s passion for the instrument flared up again. We often took their toy drums to our walks, and the children banged them happily during performances making their contribution to the grand spectacle.

Founded by Franciscan monks in the 18th century, Recoleta is one of the most fashionable districts in the capital today. Though it owes its development to the yellow fever epidemic, which forced the upper class to leave Monserrat and San Telmo. 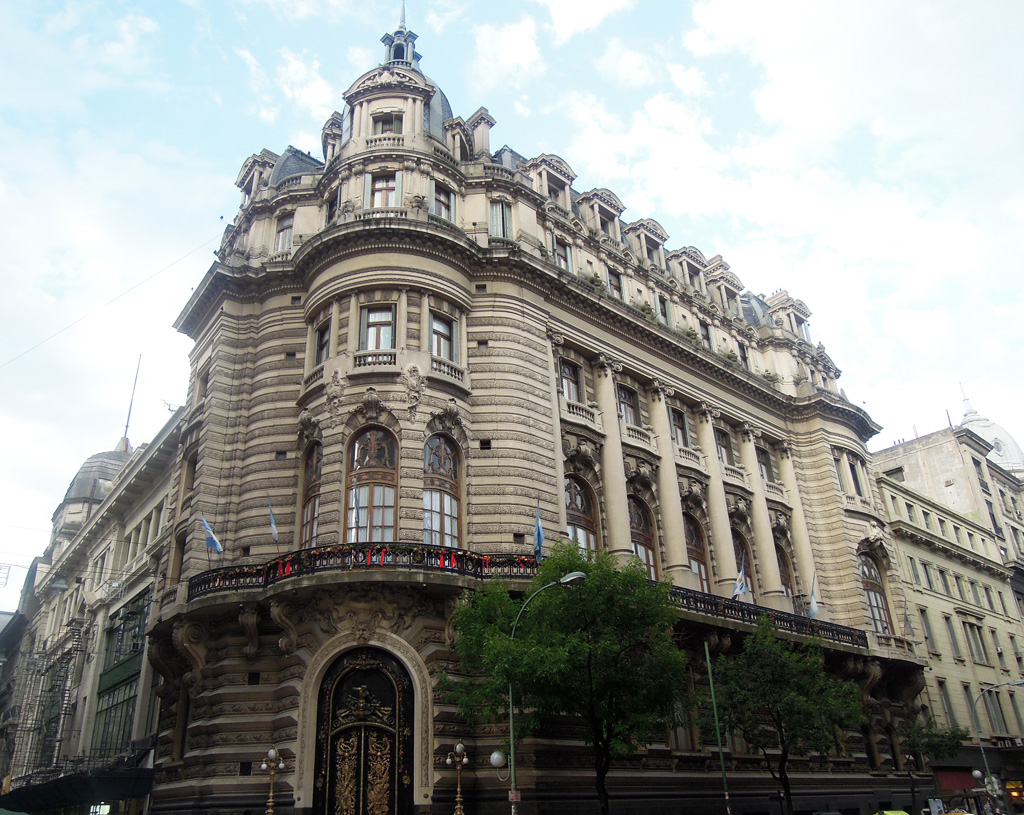 Recoleta is the capital’s cultural centre housing a number of schools of the University of Buenos Aires, a monastery, the National Library, and the National Museum of Fine Arts exhibiting works by famous Latin Americans as well as Picasso, Van Gogh, and other renowned artists. 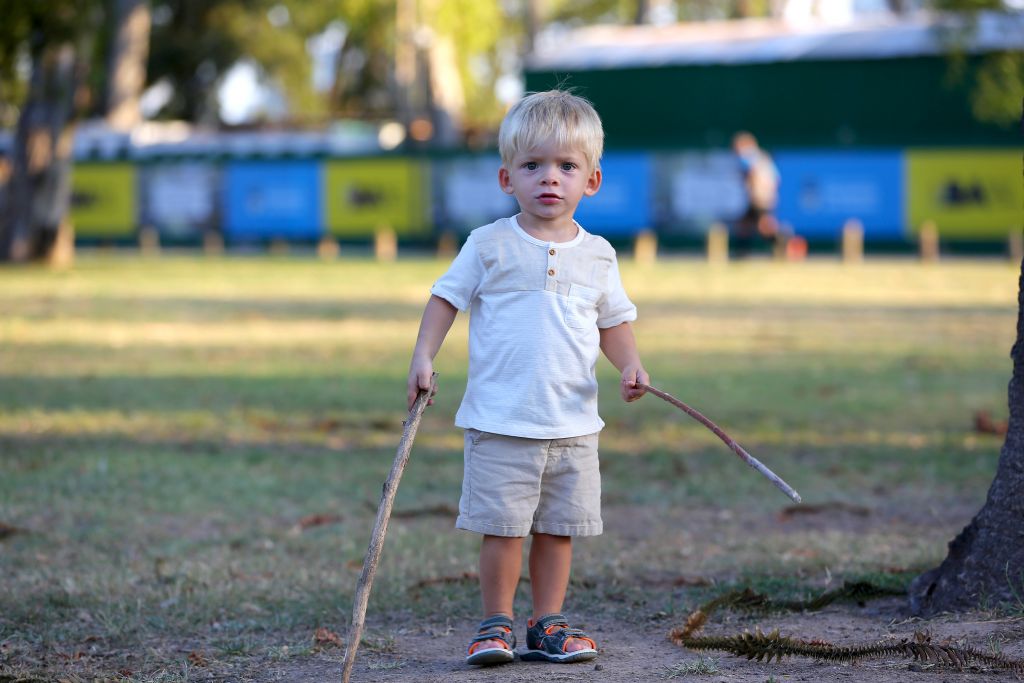 The neighbourhood’s wide streets are dotted with high-rise French-style buildings — while constructing buildings in the early 20th century, local citizens tried to emulate Parisians in every way. 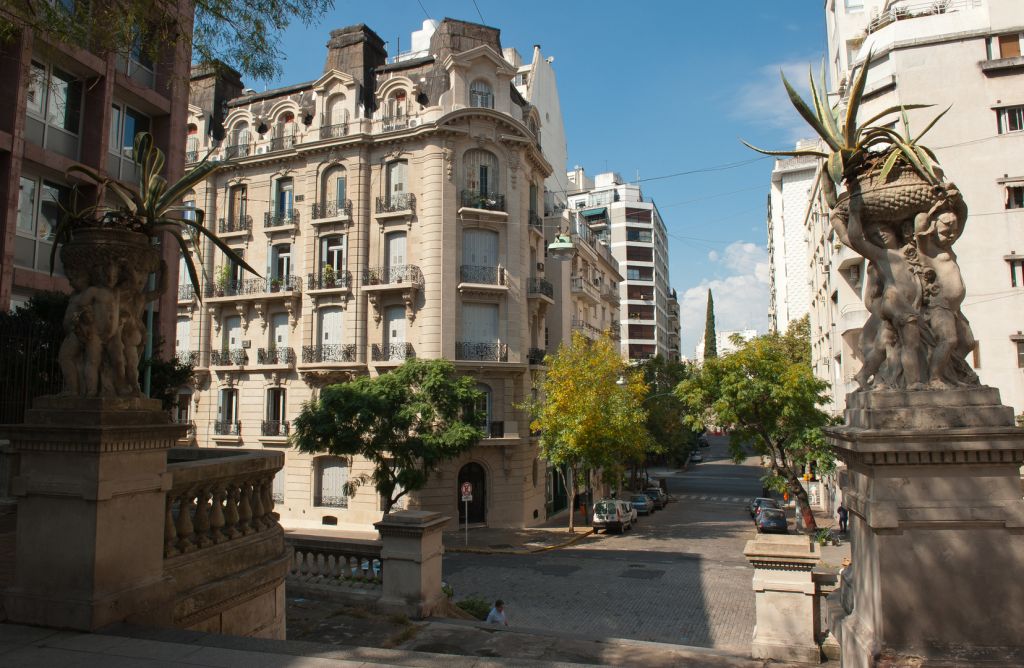 We used to spend a lot of time here, enjoying walks and marvelling at local contrasts. For instance, Plaza Francia, a vast square attracting lots of tourists and locals, hosting tango shows and concerts by street musicians, neighbours the main city cemetery, a rock cafe, and nightclubs. 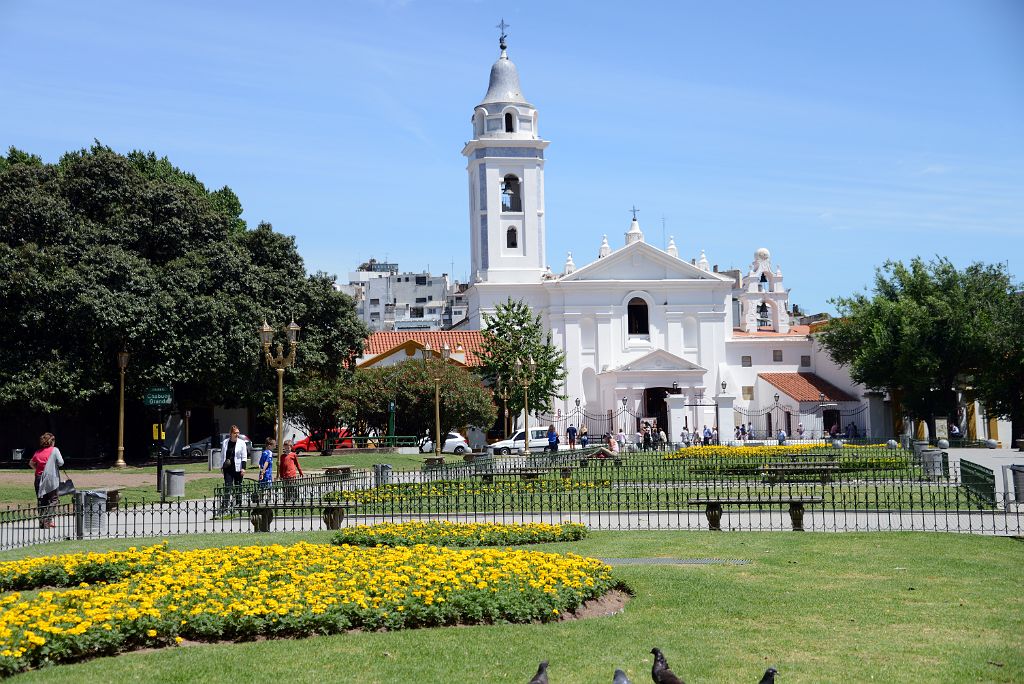 The neighbourhood of Recoleta is not only a cultural but also a spiritual centre of the capital, as it’s there that the Church of Nuestra Señora del Pilar built by Franciscans in 1732 is located. The exterior of the church is plain which is quite in line with monastic asceticism. But the interior of the church is extraordinary — a gorgeous baroque altar, a Peruvian silver throne with an ornament by the Incas, and mosaicked walls all look just magnificent. 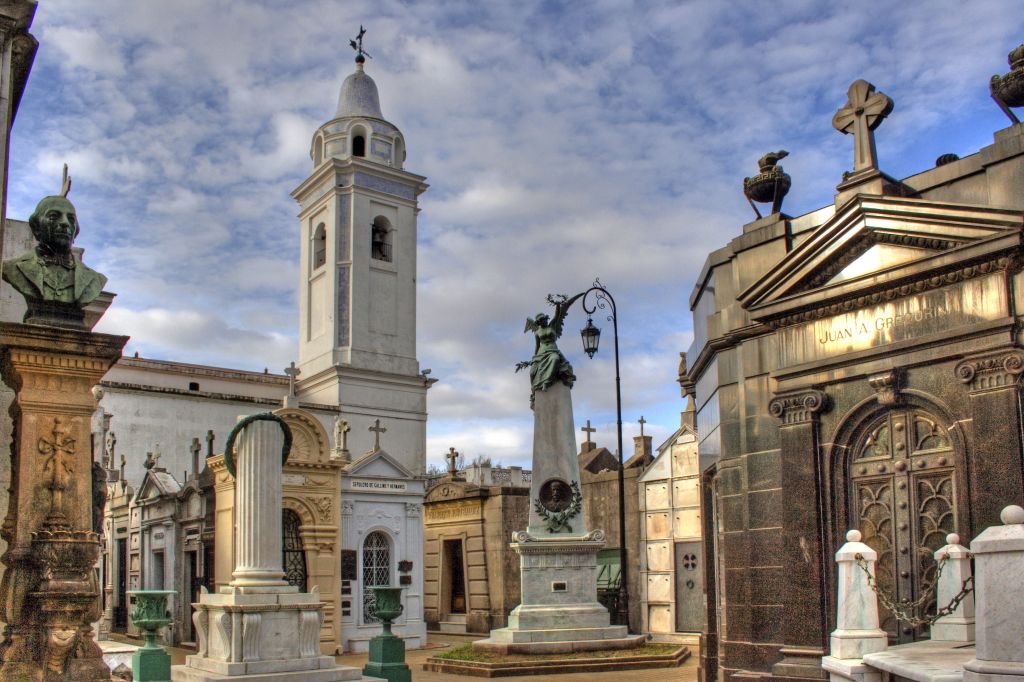 Near the church, there is a gate leading to one of the most famous places in Buenos Aires — the Recoleta Cemetery, which became the last abode of Argentinian aristocrats in the late 19th century. 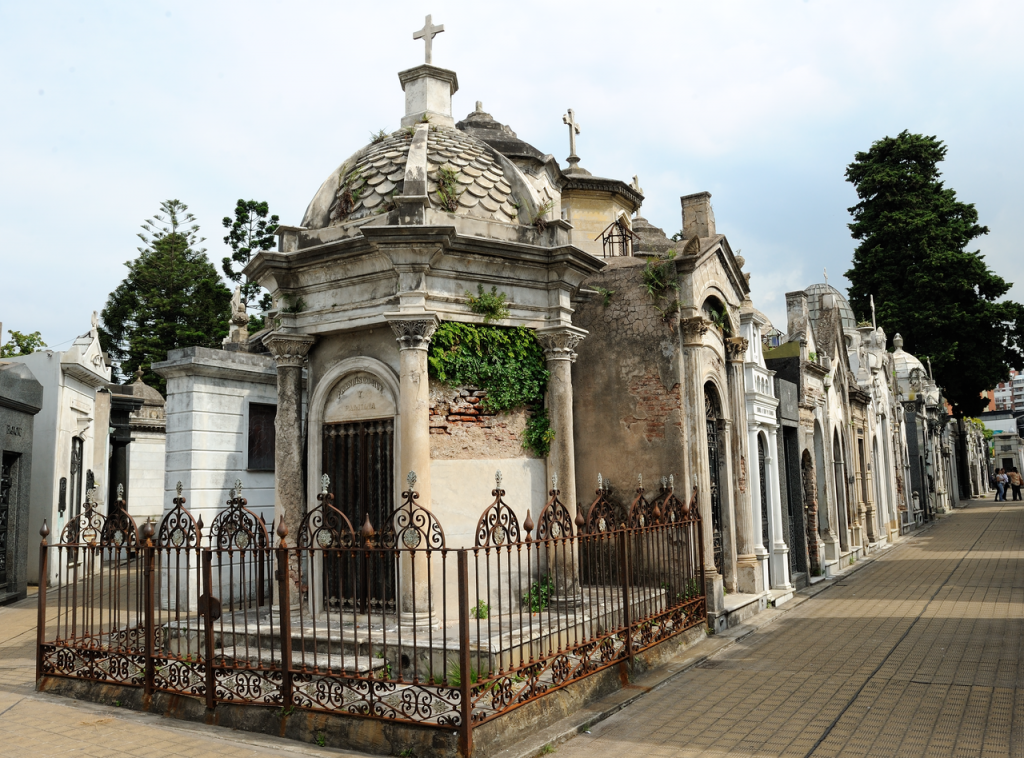 The wealth of the departed instantly strikes the eye. Old family vaults with marble sculptures, golden domes, and rich decor clearly cost the owners a fortune. 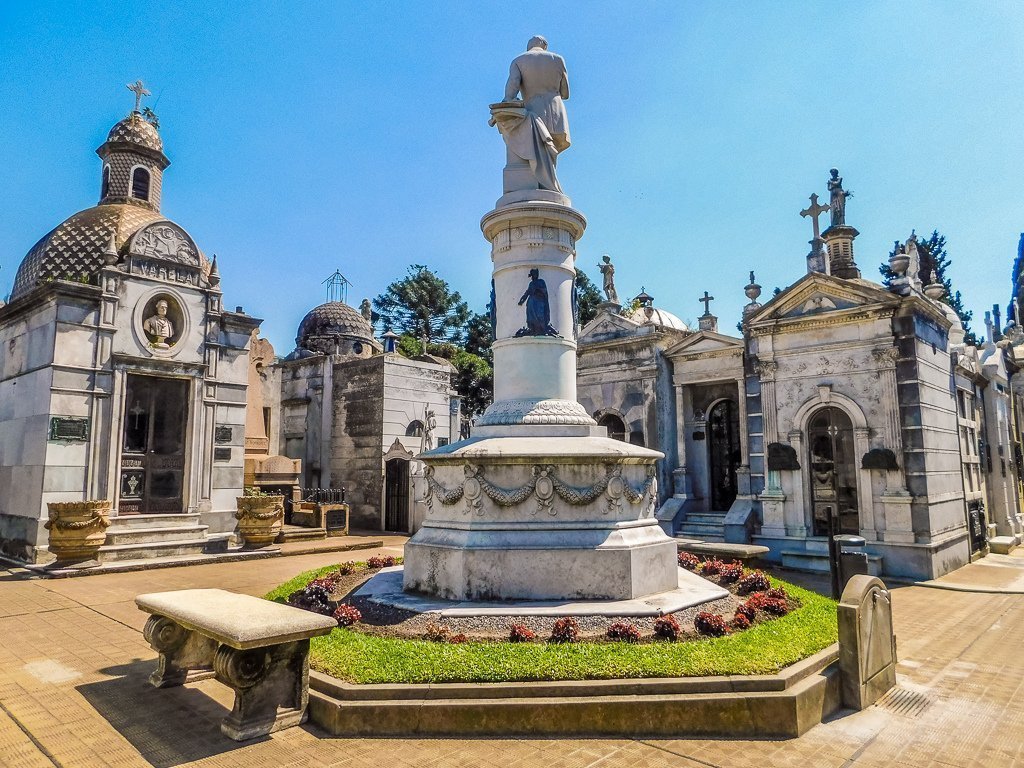 Entry to the cemetery is free, although there’s often a uniformed person by the gate selling fake tickets. 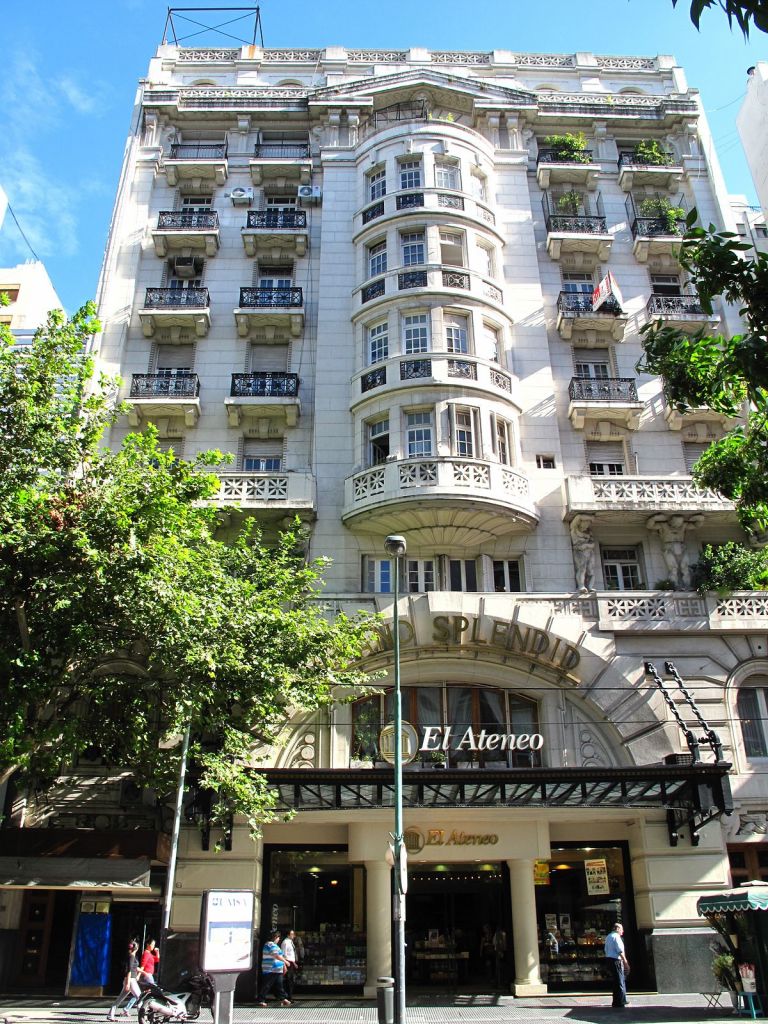 Recoleta is the home of one of the most famous bookshops in the world — El Ateneo Grand Splendid. The majestic building was initially built as a theatre, but the stage had been working for several years only. Later, the construction housed a cinema first and then a radio station until it turned into a most beautiful bookshop in 2000. 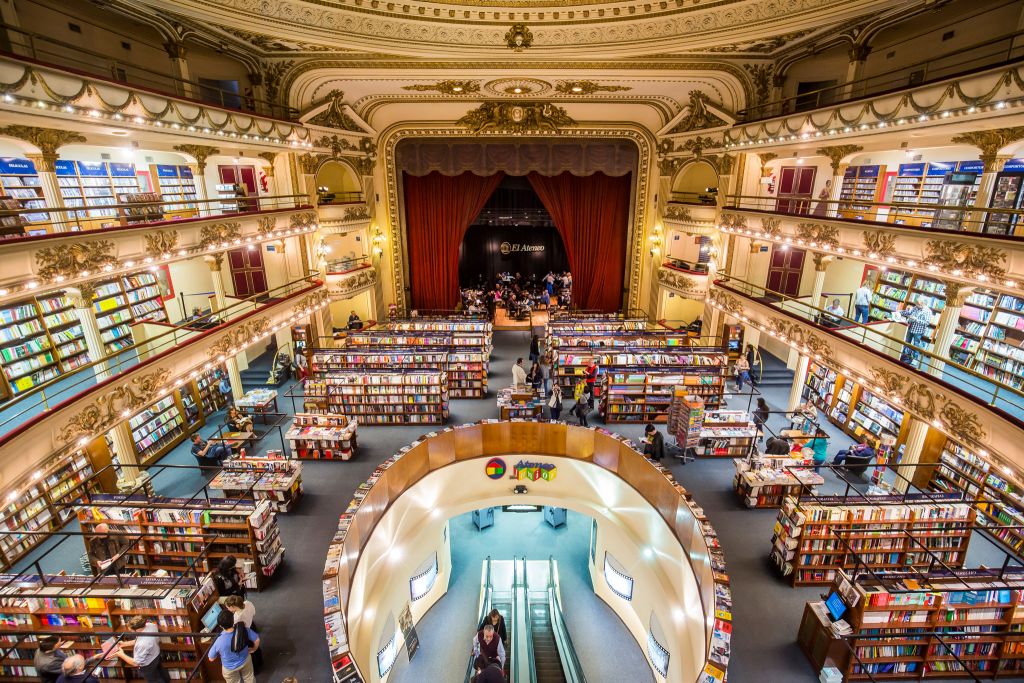 The place looks just fabulous: the audience chairs were replaced by bookshelves storing hundreds of thousands of volumes, the former boxes contain couches for visitors, and the red curtains of the stage hide a small lovely cafe. By the way, the original decorations, including carved handrails, gilded decor items, and frescoes, were almost fully preserved, which makes the shop even more elegant and sophisticated. 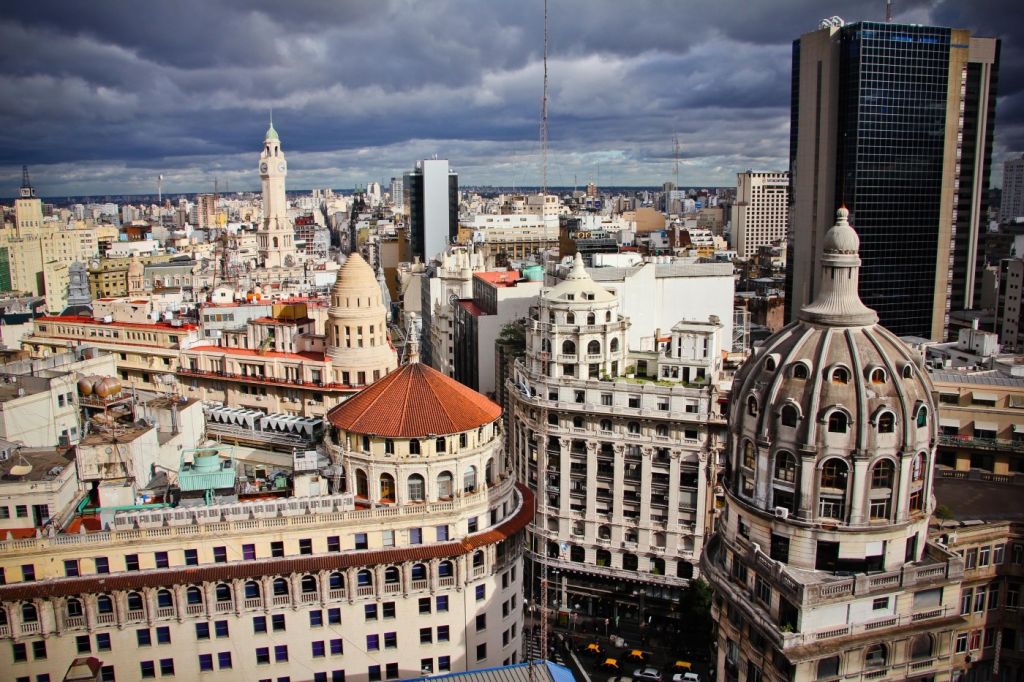 The capital of Argentina has a huge variety of large shopping malls, many of which can boast not only a wide range of goods but also their remarkable architecture. For example, Galerías Pacífico is located in a building with a huge frescoed dome; a part of the Abasto shopping mall was built in the 19th century; and the Galería Güemes has an observation platform on the roof — viewing the capital from such height, we realized why it’s called the city of domes. 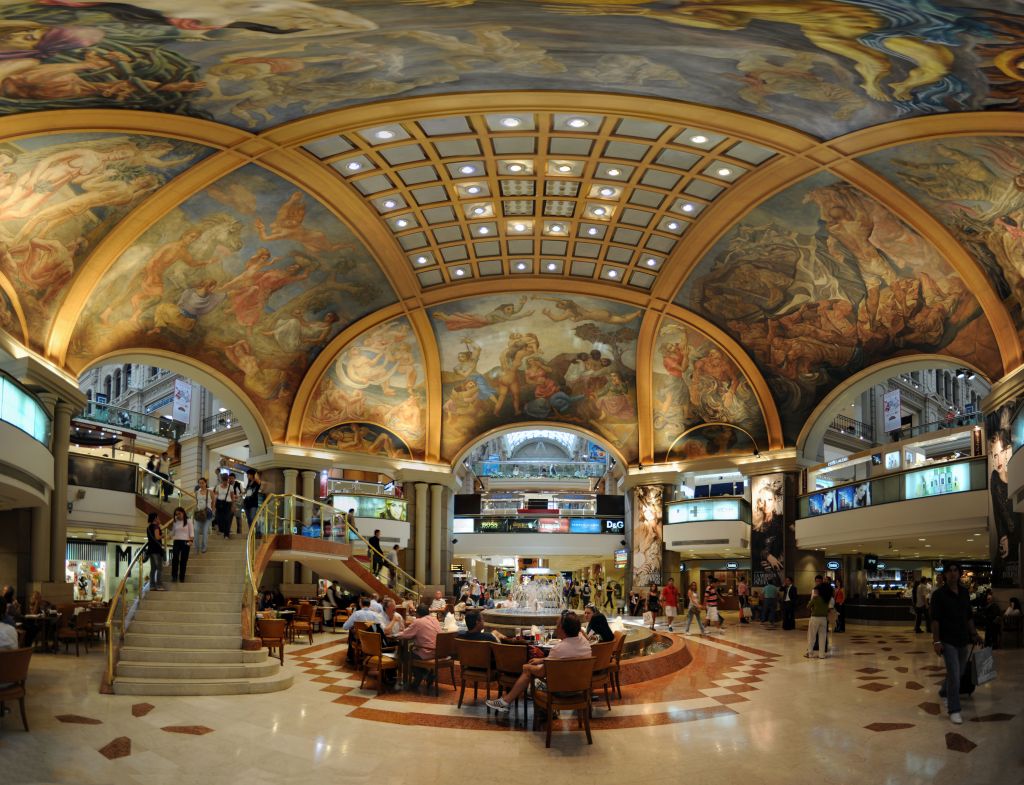 Unlike in Costa Rica, there are good playgrounds in every shopping mall. The Abasto even has a children’s museum, and we visited it with the boys. It’s a playing complex with interactive stands and amusements, but it can’t by any means be called a museum.

Some designs on the playgrounds were too complicated for two-year-olds, but over time, Robert and Michael mastered them too.

Large supermarkets offer home delivery (included in the price of goods). This service was invaluable for us, as it would be really tough to travel around the city with the boys and grocery bags. 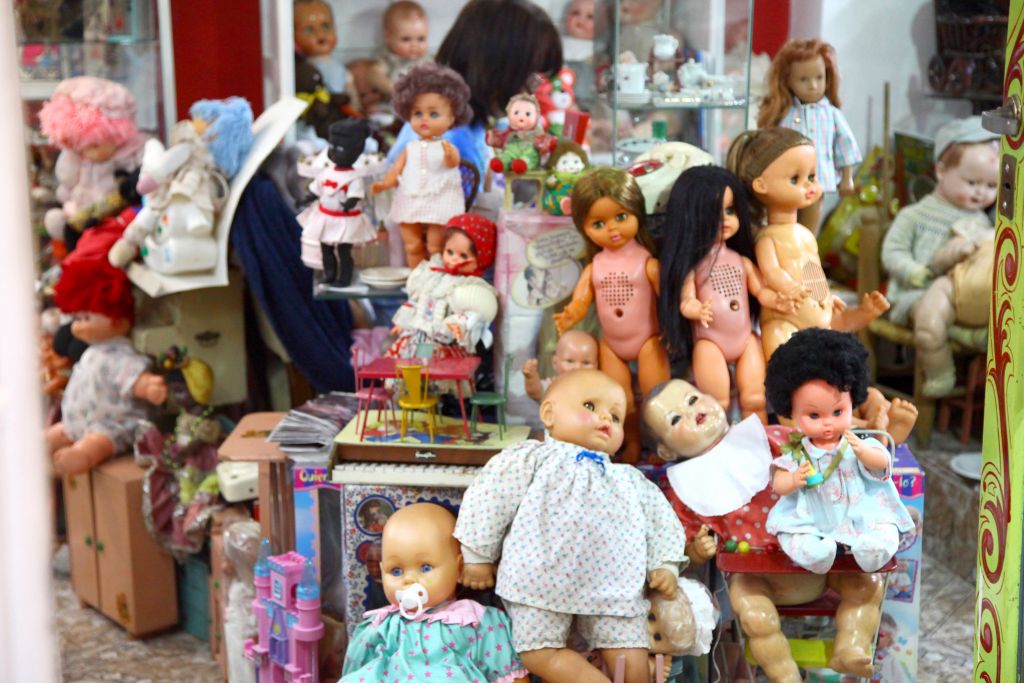 European goods in the city. For example, there are few Zara, Mango, and H&M shops that are so common for Europe, and the clothes sold there are from old collections and more expensive, which is connected with a high tax on imports. 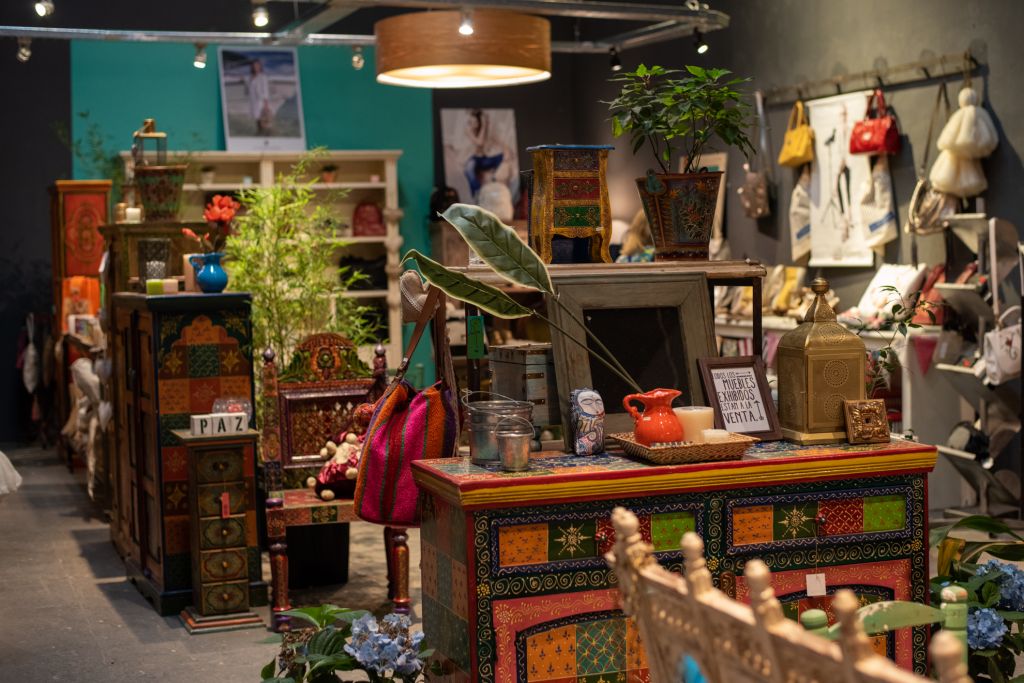 On the other hand, Argentina has a well-developed local industry, and local shops sell original and unique stuff that can be found only here. 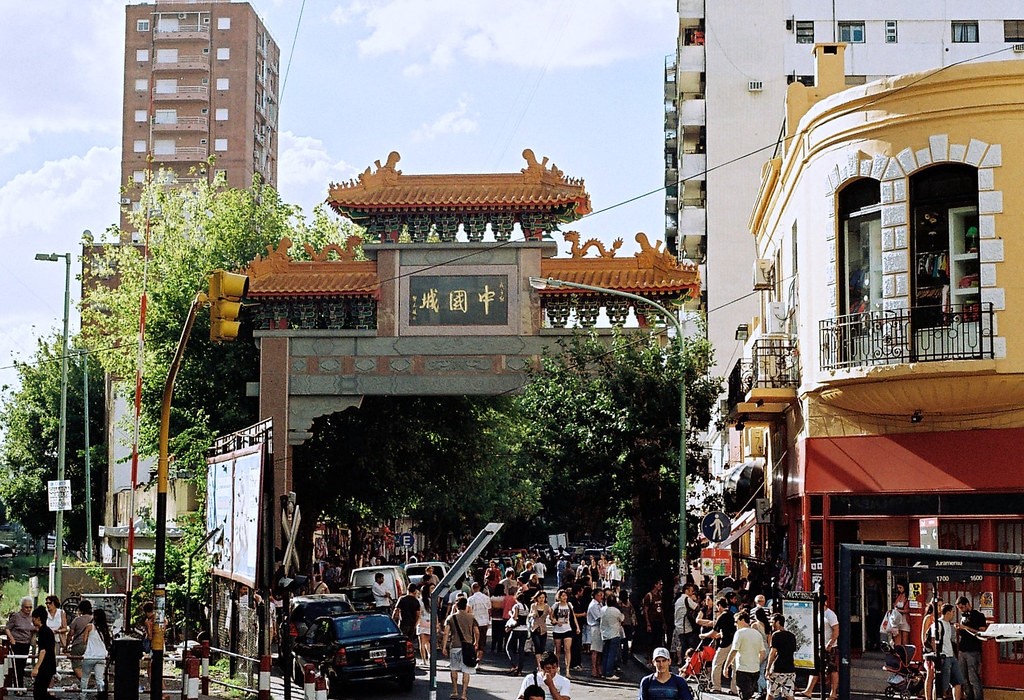 It’s interesting that there are large Chinatowns in the Argentinian capital. Small shops here are packed with colourful goods so much that it’s hard to squeeze inside. They sell literally everything — from cheap knick-knacks and clothes to furniture and antiques. We often bought toys for our boys and different household stuff there.