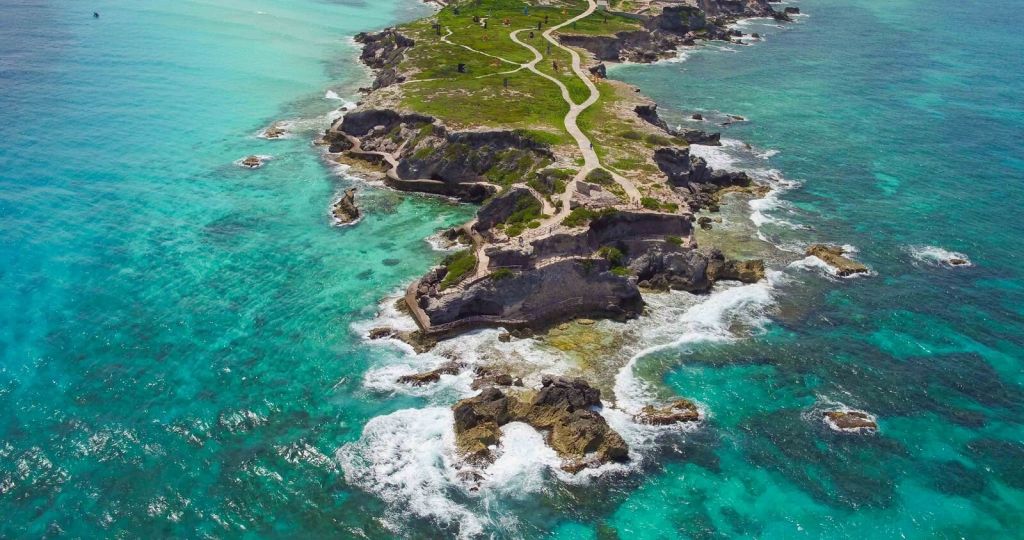 It takes about half an hour to reach the island by ferry (there are both private and municipal ones).

The island settlement is very little and consists of five quarters. Medina is the main pedestrian street lying along the west coast of the island. That’s where all cafes, restaurants, souvenir shops, and tourist centres are concentrated. 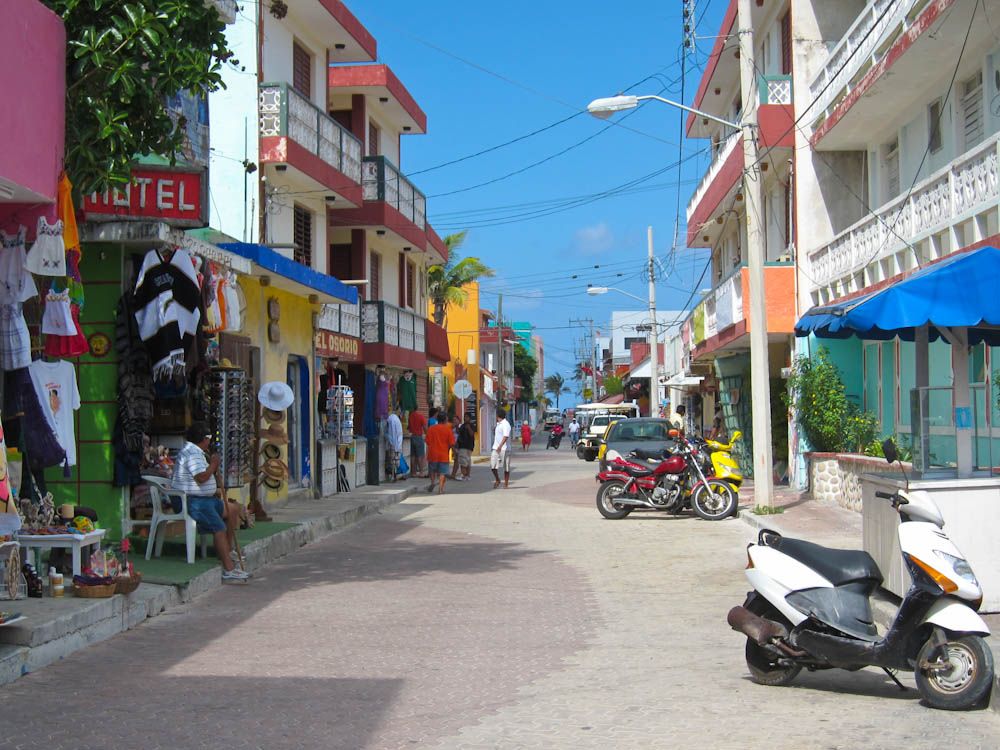 The infrastructure of Isla Mujeres is certainly less developed than that of Cancun. The roads are worse; there are almost no hotels (rather one-storey hostels), few shops and entertainments. However, local beaches make up for everything. The calm azure sea and the clean soft sand look truly fabulous.

Moreover, the beaches are open and free to access here anytime, so you don’t need to come up with a way to sneak there or try to persuade a hotel security guard to let you in. The island is perfect for a calm beach rest.

Cape Punta Sur, the southern point of Isla Mujeres, is considered to be the most beautiful place of the island. It has a breathtaking view of the surroundings. The cape is made up of picturesque rocks that waves dash against with force. 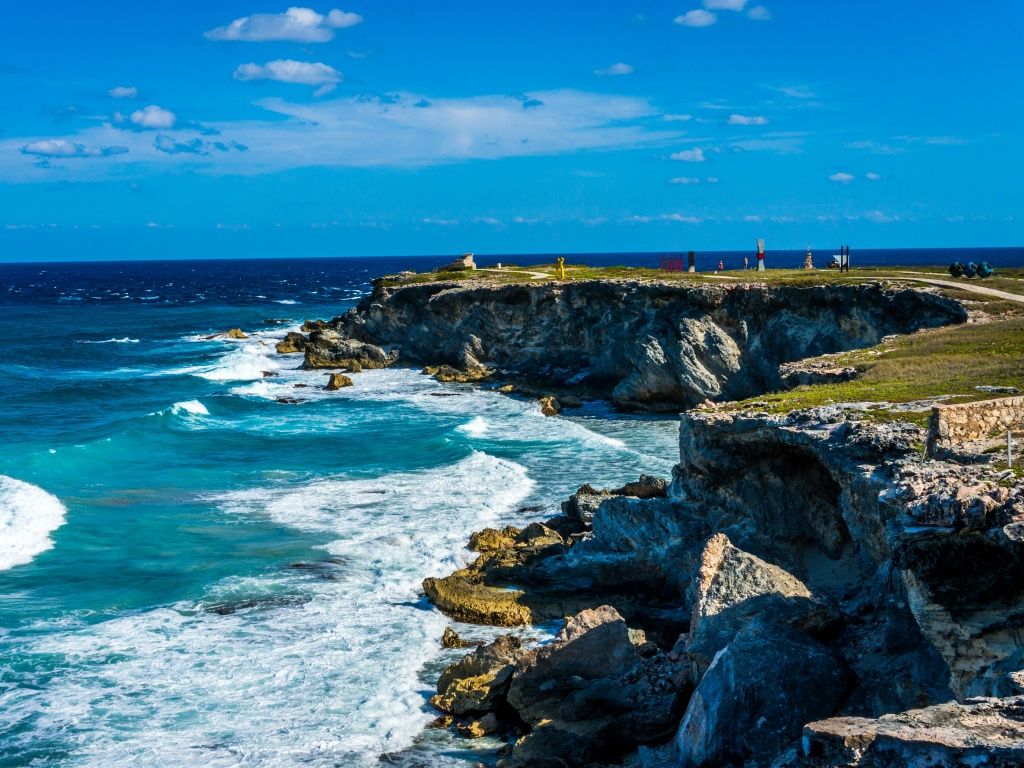 There’s an ancient temple of the Mayan goddess Ixchel nearby. Unfortunately, only the foundation and the wall fragments were left from the former majestic shrine.

The migration route of tiger sharks lies near the island, so from May to September you can see huge schools of the formidable sea animals by the shore.

Local citizens like organizing various carnivals, and we were lucky enough to visit one of them.

One of the most famous and popular museums of Cancun is hidden on the seabed by the coast of Isla Mujeres. More than 400 concrete life-size human sculptures are exhibited at a depth of 2 to 10 metres. The underwater museum was opened in 2010. At first only several dozen statues attached to special concrete platforms were put underwater, but the number of exhibits increases every year. 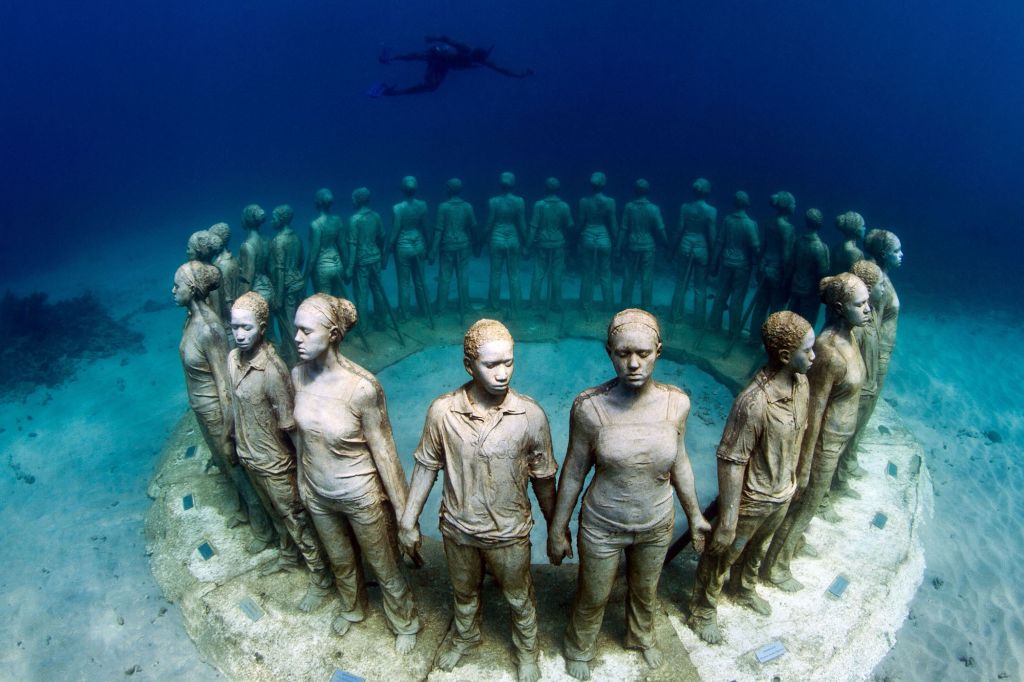 The museum was created by the famous sculptor Jason Tyler. He is also the author of most sculptures. The idea of the exhibition called The Silent Evolution is to show the human impact on the environment and pay the community’s attention to coral reef protection. 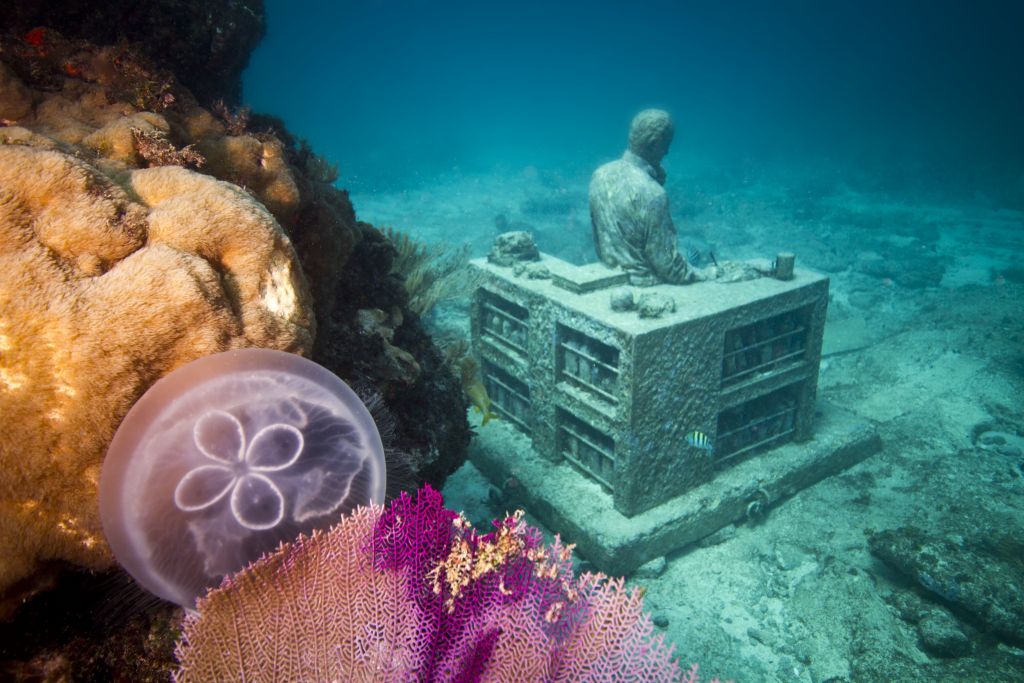 By the way, all sculptures are made of environmentally friendly concrete that is an ideal substrate for corals to grow on. Over the last few years, the figures have got covered in seaweed and coral polyps which only intensifies the mysterious atmosphere of the underwater museum. 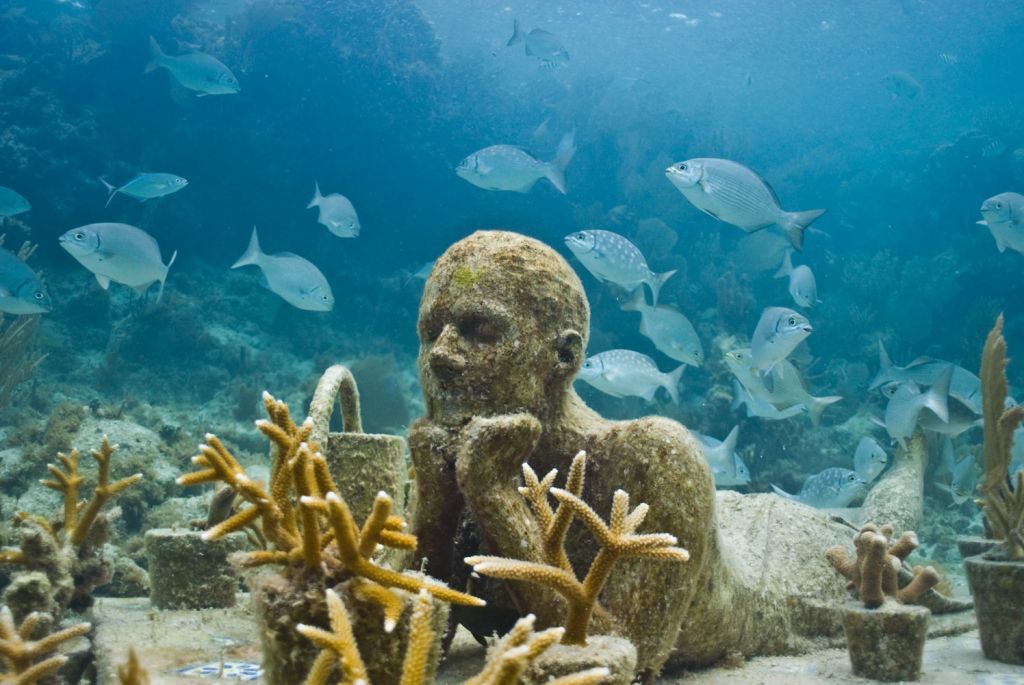 To have a good look at the exhibits, you need to go underwater with an aqualung, therefore before diving, visitors receive short training. It’s not necessary to dive though. Tourists can take a ride in a boat with a transparent bottom and admire some sculptures from above.

Cozumel is one of the largest islands in Mexico located 60 km away from Cancun. The Maya Indians considered the place holy, and numerous ruins of ancient temples testify to the fact. Women came to the island to bring an offering to the goddess of fertility, while men worshipped the god of war. There’s still the half-preserved Temple of Thousand Arms located in the very heart of the jungle. 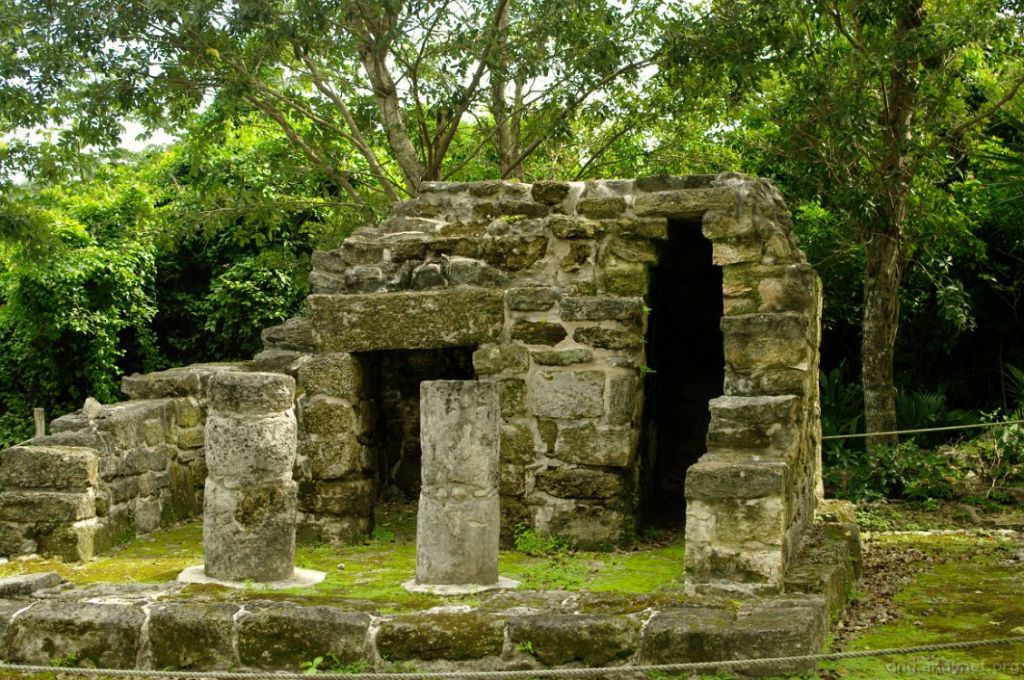 The locals first encountered Europeans in 1511. A ship sailing in the Gulf of Mexico ran into reefs and sank off the coast of the Yucatán Peninsula. The survivors were taken captive by the Indians inhabiting the island and later sacrificed to gods. Gonzalo Guerrero was the only sailor whose life was spared. The Spanish sailor came under the command of one of the island’s caciques and quickly became a commander. Guerrero adopted the Mayan culture, fully assimilated, and even married a noble girl. Their children are believed to have become the first Indian Spanish mestizos.

When Cortés’s army landed on the island in 1519, Guerrero refused to join Spaniards and led the Indian resistance protecting the island from conquerors for several years.

Although Cozumel is quite huge (over 470 square km), it’s almost uninhabited. The only more or less large city is San Miguel, the capital of the island. 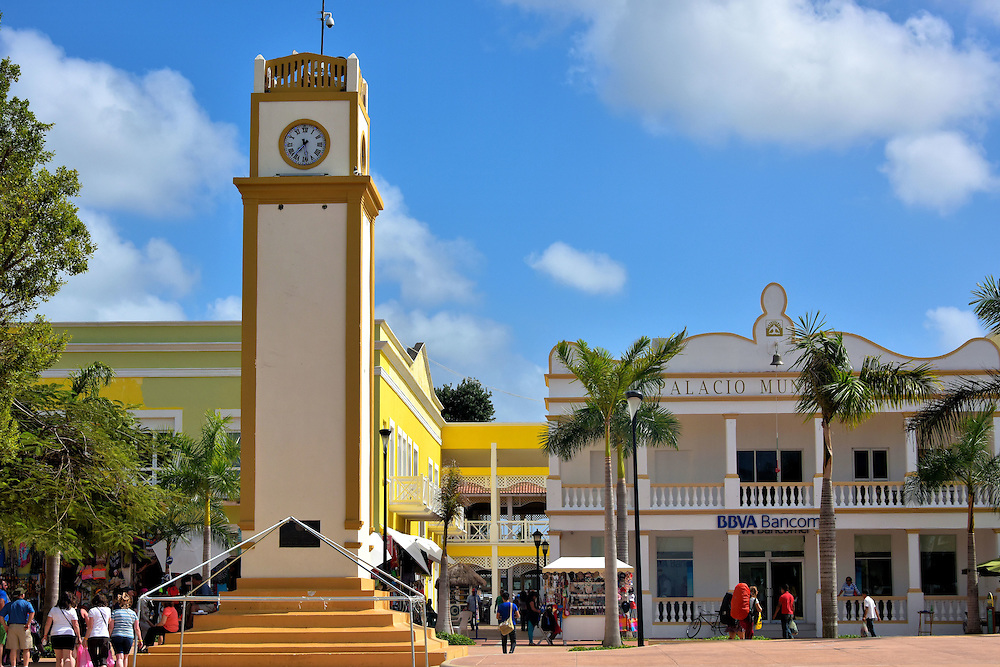 The main source of income for the charming 19th-century town is tourism. The central part of it is packed with hotels, restaurants, and shops. The farther away from the centre, the more picturesque streets get. Neon signs and shop windows get replaced by bright colourful Mexican houses. 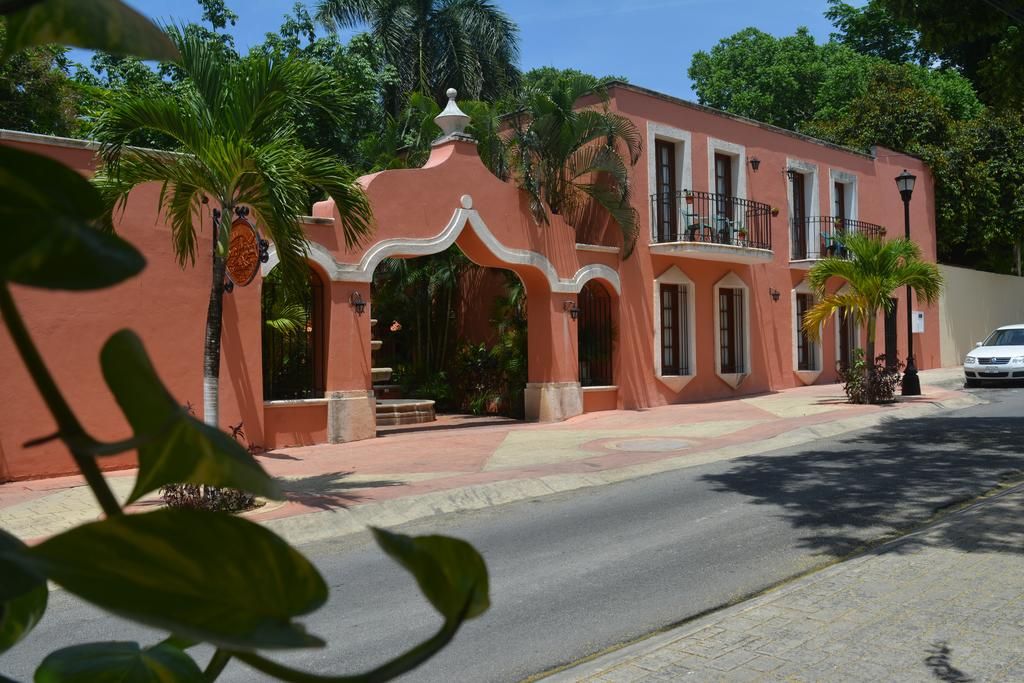 There are almost no wide sandy beaches on the island, and the ones that are present mostly have an entrance fee. However, sunbathing is not what attracts tourists here. There’s the world’s second largest coral reef lying near the island and stretching for over 700 km. Divers from all over the world come here to see the natural wonder. 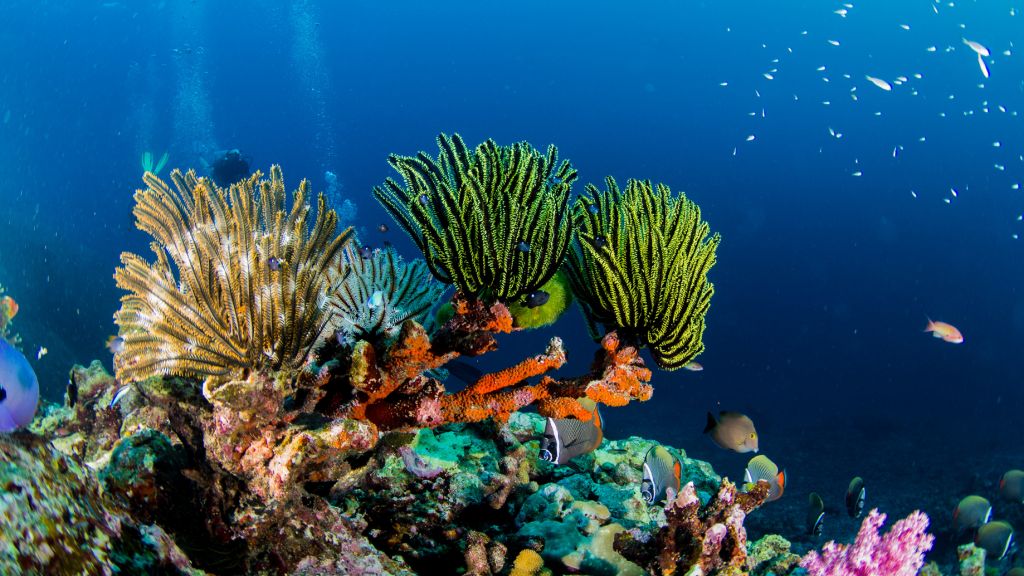 Another must-see place is Chankanaab Park with tropical jungles, unique flora, lakes inhabited by tropical fish, and the Garden of Maya Sculptures.

We had to use the Mexican healthcare services twice. The first visit to a doctor was scheduled as Michael Jr and Robert needed to be vaccinated.

And a couple of weeks after, an unfortunate incident took place when we were visiting the ancient Tulum ruins. There was a man sitting by the souvenir shop, and a tame coati with its kits was running around him. The raccoon came to Helen who was taking food for the boys out of the pram and snapped at her when she didn’t give any treats to it. The bite wasn’t very serious, but there was blood, so we certainly got worried that she might be infected with rabies. 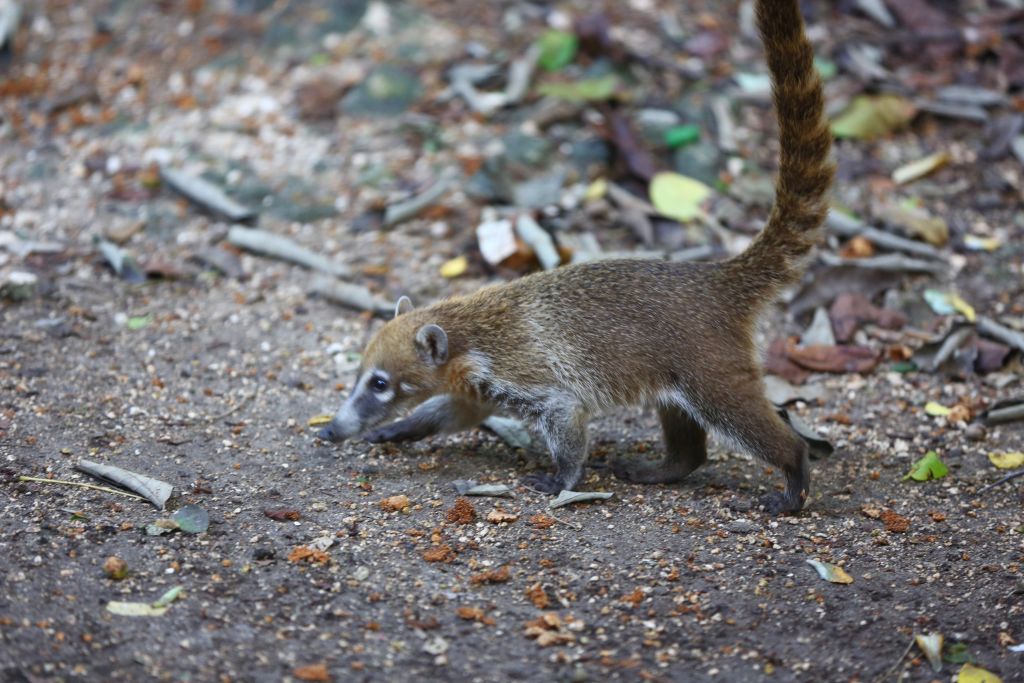 The culprit of our adventures – the same coati that bit Elena.

The coatis we met were not aggressive, but still they lived in the wild. It’s almost impossible to find whether a person is infected before the manifestation of first symptoms, and then there’s no point in it as the disease is incurable after the incubation period.

To be safe, we decided to get vaccinated. First we turned to the Red Cross, but they sent us to the local hospital. The municipal clinic was clean, newly renovated and had modern equipment. The only problem was communication. The medical staff could speak and understand only Spanish. It was hard to explain the problem and understand where we should go. However, in the end, Helen was lucky to get to a young woman doctor speaking English.

We couldn’t understand how much all procedures would cost until the doctor told us that in Mexico health care is free for everyone. Helen had to come to the hospital for several more injections, but doctors and other personnel were always very friendly.

The most popular Mexican souvenirs are toy skeletons in bright outfits, coloured ceramic skulls, and jewellery in the form of bones. 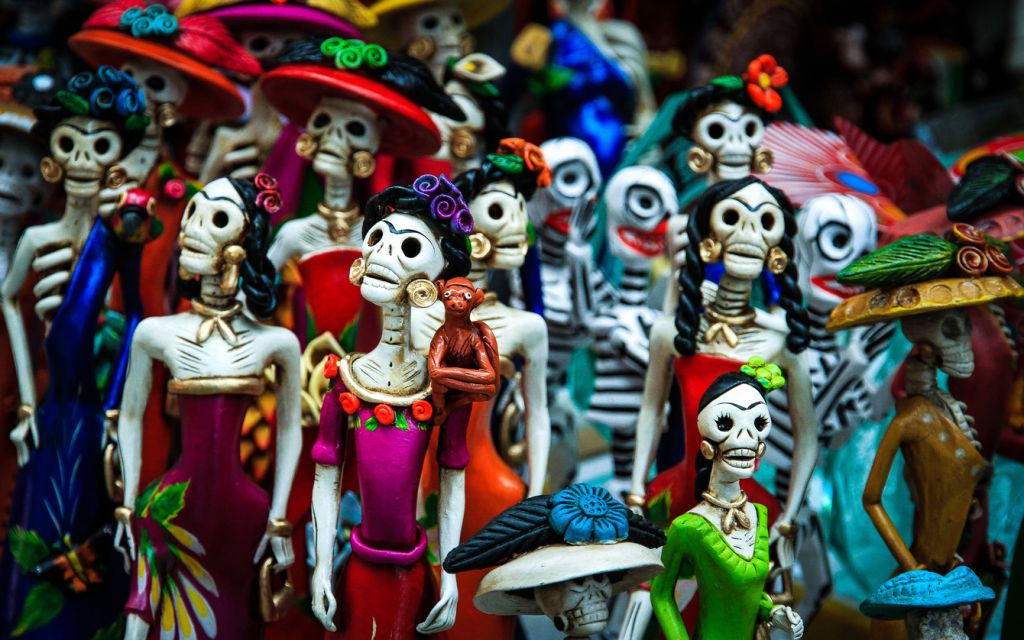 Catholic values got mixed with ancient Mayan and Aztec beliefs spawning rather an unusual death cult. For locals, death is not something to fear or be sad about, it’s just a natural thing that can even be joked about.

In early November, the Santa Muerte Festival, a holiday of Holy Death, is held in Mexico. It’s a bright colourful two-day celebration when parades and theatrical processions are organized on the streets. People cover their faces with scary make-up, put on bright costumes, and bring offerings to the goddess of death on improvised altars, while music is playing, everyone is dancing and laughing.