Mexico is a large country divided into a few dozen states. Cancun and Playa del Carmen are located in Quintana-Roo. We decided not to limit ourselves to this region, so we planned a trip to the northern areas of the peninsula and explore the Yucatan state territory. After all, that’s where you can find one of the largest ancient Mayan complexes in Mexico – the city-state Chichen-Itza.

Halfway between Cancun and the ancient Chichen-Itza complex lies a little town called Valladolid. At first glance it may look like yet another provincial town, but it actually has a rich, thousand year old history! 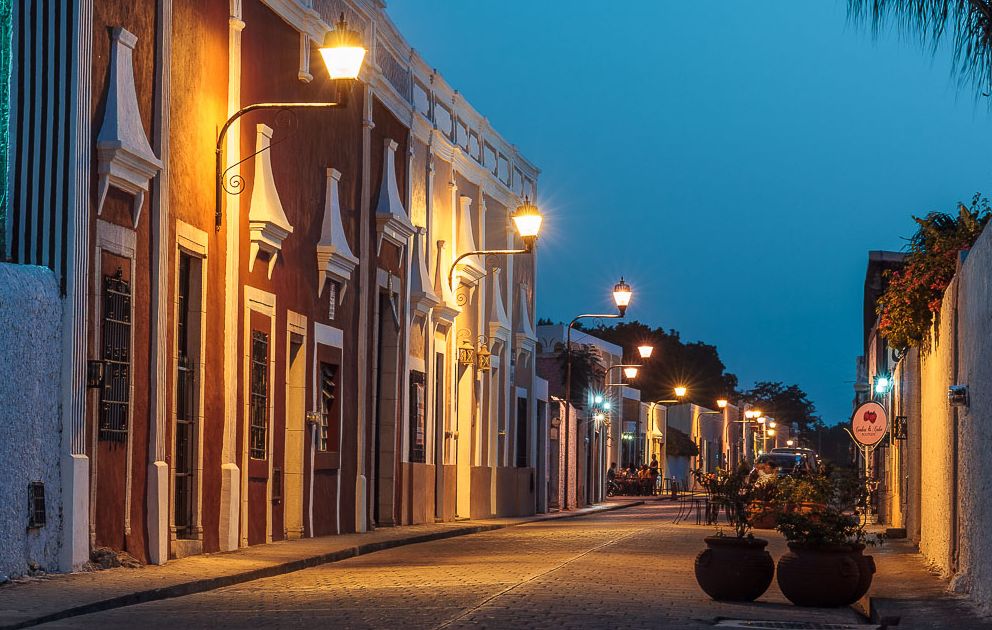 This Spanish settlement was founded in May 1543 by Francisco de Montejo (nephew and namesake of the famous conquistador) in order to establish control of European migrants in the area. The city was named after the capital of the Spanish Kingdom, which used to be Valladolid up until 1561.

At first, the Spaniards started building a city on the coast in Chauacá. But living conditions here turned out to be unpleasant. Swarms of mosquitoes inhabiting the jungles were carriers of a dangerous disease – the yellow fever. Ranks of Spanish migrants were thinning from the constant epidemics, so it was decided to relocate the colony deeper into the peninsula and occupy the city of Zaci (modern territories of Valladolid), which was the capital of Cupul Mayans.

The native Indian settlement was quickly overtaken, and, in a matter of a few years, the city streets were built up with colonial buildings of the time. 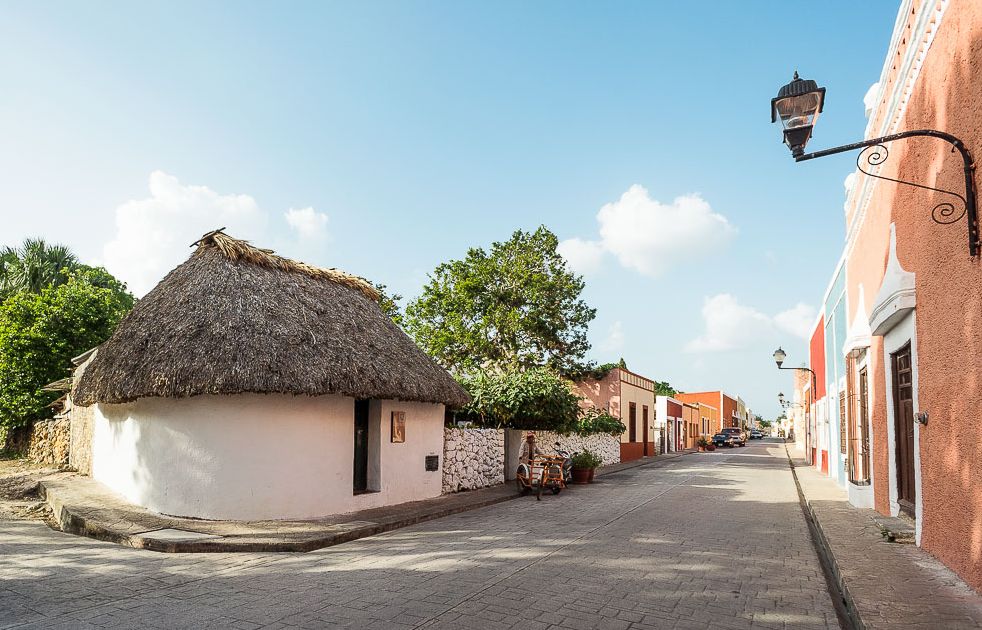 Up until the 19th Century, Mayan descendants living in the city had no legal protections, which caused a mutiny in 1847. Soon this rebellion evolved into a mass revolution, which is more known as the Caste War of Yucatán. The number of militiamen was so high that after a year of violent battles on the streets of Valladolid, the Spaniards had no choice but to surrender the city. However, the colonizers easily took back control over the province a few months later.

In 1910, Valladolid became the center of mutiny against dictatorship, which gradually evolved into the Mexican revolution.

Today, the city looks absolutely peaceful. Even as we strolled down the peaceful, well-lit streets and squares in the evenings, we felt safe.

Valladolid can hardly be called an ideal vacation place – the city is pretty far from the sea and beaches – but many tourists stay here overnight on their way to the ancient native Indian ruins and picturesque cenotes. 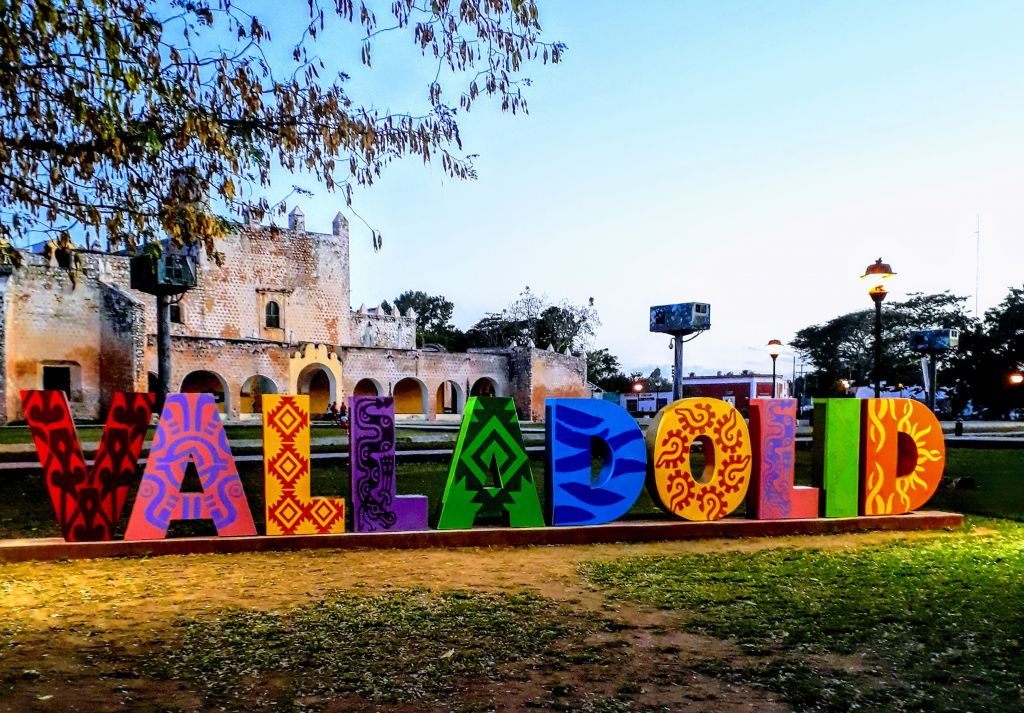 Despite its relatively modest size, Valladolid turned out to be a fascinating place with colorful streets, interesting colonial architecture and a pleasant atmosphere.

The city’s true jewel is the San Gervasio Cathedral square, where tourists and locals often come to relax.

Towering over the other buildings, the majestic temple with two towers is impossible to miss. By the way, the cathedral’s construction started immediately after the city was founded.

Near the temple is a small yet beautiful park – Francisco Canton Rosado Park – where we would spend time with the boys. It’s hard to believe that once upon a time there used to be a pyramid here! After conquering the city, the Spaniards dismantled the Mayan building and used the bricks to build their own houses. 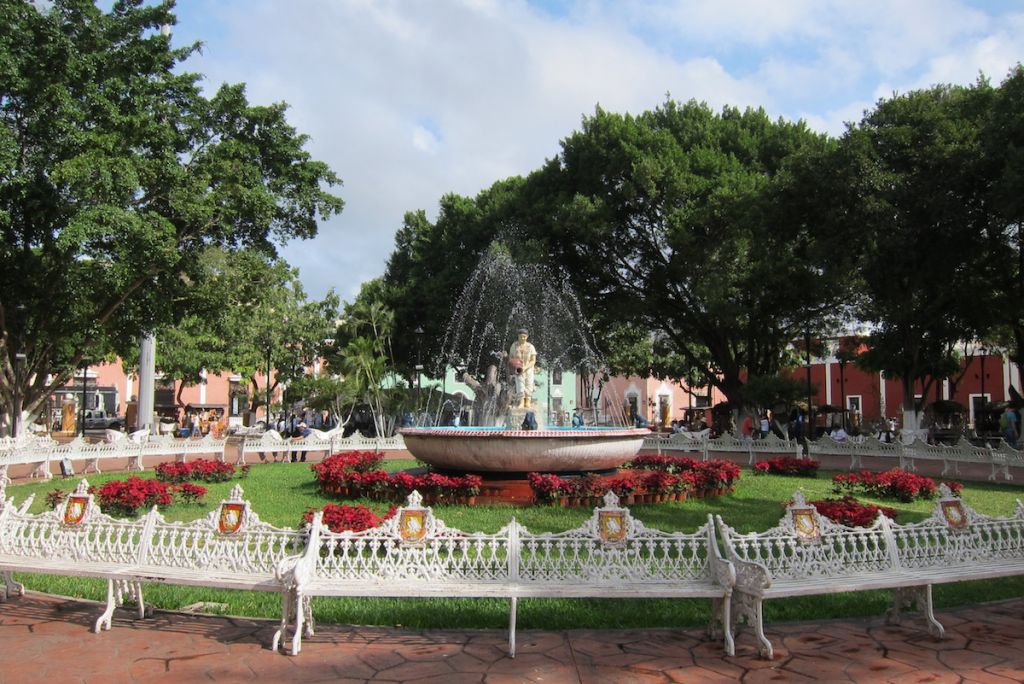 In the center of the park there is a large fountain, decorated with a sculpture of a woman wearing traditional Yucatan clothes – a symbol of union between the native Indian and Spanish cultures. Surrounding the fountain are beautiful flowers and intricate white benches.

The park also has unusual “friendship benches”, the likes of which we had never seen anywhere else! 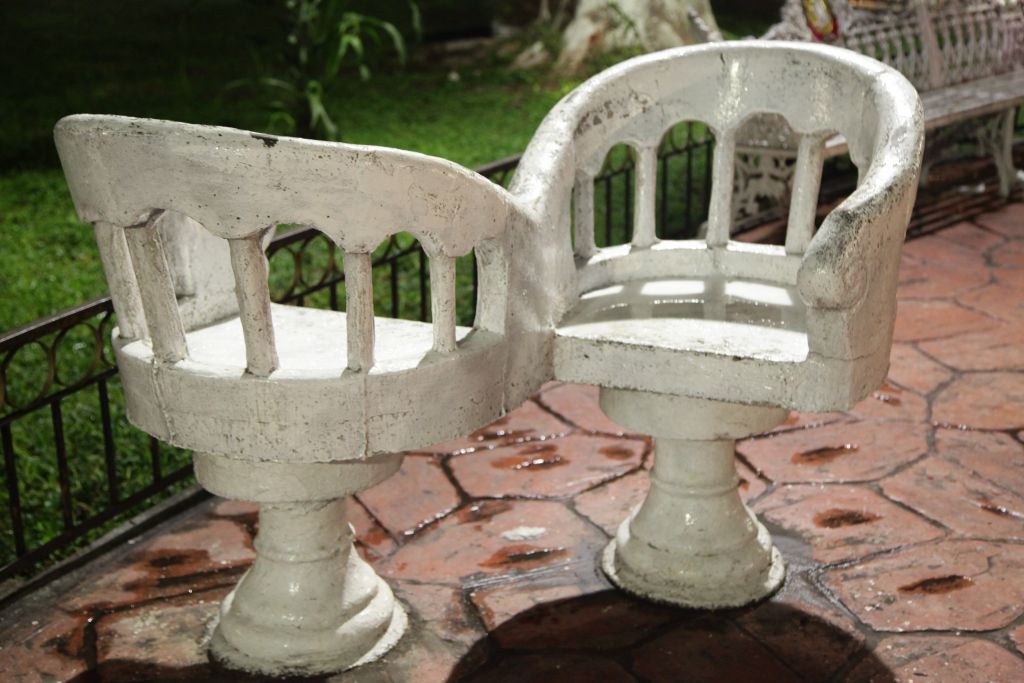 These interesting chairs allow two people to have a conversation while facing each other, providing seclusion and intimacy even in the middle of a crowded park.

Opposite the San Gervasio Cathedral – across the square – stands the City Hall. Some of the building’s rooms are assigned to the San Roque museum, which is dedicated to the city’s history. Here you can find pre-Columbian exhibits and treasures from the Spanish Colonization era.

The Sisal Monastery (Convent de Sisal) used to be more than just a religious place – it was a fortress. In case of an attack, locals could seek protection within the monastery walls.

The city has its own cenote, which can be found in the Santa-Ana district. In fact, this cenote is the reason people settled here in the first place – Mayans built their towns around water sources). The Zaci cenote is a small yet deep body of water inside a cave.

Paving the way to the water and viewing platforms are steps, carved right into the rocks. It is paid entry, but visiting the cenote is a great way to cool down on a hot day without leaving the city.

We noticed that Valladolid is zoned, which is characteristic of Mexico. The city center is a beautiful, neat place. Cozy streets with restaurants and souvenir shops, wide squares adorned by fountains and blooming flowers, beautiful houses with bright colorful facades, old churches – the essence of colonial Europe is in the air. 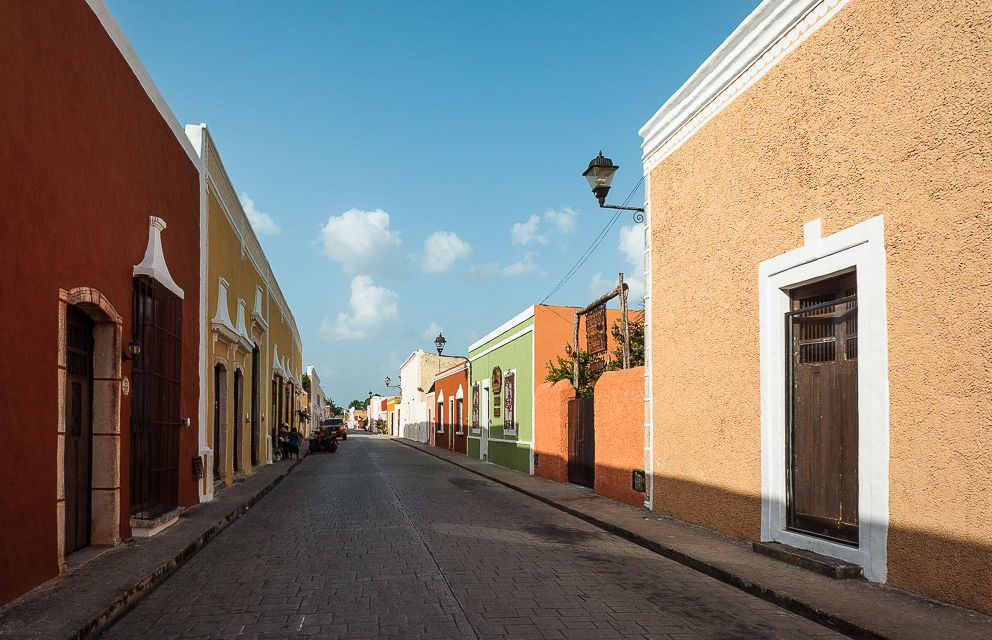 But as you leave the center, you notice how wide alleys turn into narrow streets with no pavements, restored buildings are replaced by smaller, often semi-destroyed houses inhabited by locals. Here, local merchants place their products right on the ground by the building’s doors, rather than shop shelves. 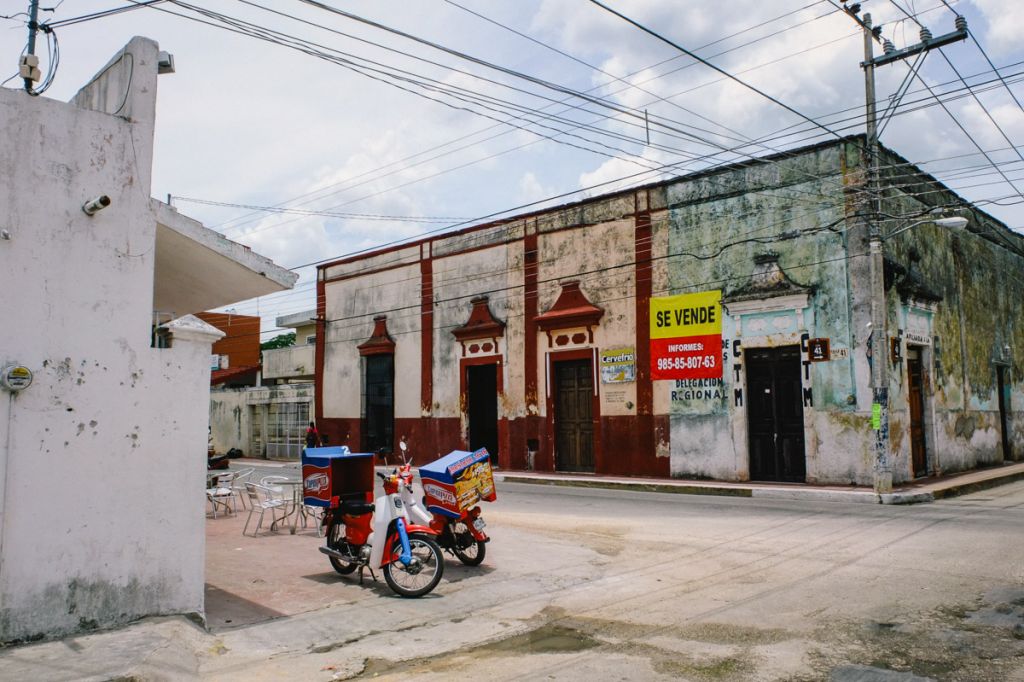 Turning back around, it was only a five minute walk until we were back on the broad, clean, neat “tourist” streets.

About 100km from Valladolid, at the northernmost point of the Yucatan peninsula, lies Rio Lagartos – an incredibly beautiful natural reserve, covering an area of 60 hectares. By the way, the name literally means “the river of alligators”. When the Spanish conquistadors first came here, they encountered a deep river surrounded by a jungle and swarming with dangerous reptiles. Later it turned out that the river is a saltwater gulf, and the alligators were, in fact, crocodiles. But the name had already stuck.

The reserve’s most prominent landmark is the Pink Lakes. These saltwater lakes, where salt is extracted from, are inhabited by special crayfish and weeds that give the water its incredible pink tint. The pink water surface looks magical against the clear blue sky and snow-white beaches.

When it’s sunny, the salty water surface becomes a mirror.

The lakes look especially beautiful on sunny days, when the salt-saturated water refracts the water in a distinct way.

Also, the crayfish are the reason behind the park’s other landmark – flocks of wild flamingos.

These beautiful, gracious birds with pink – just like the lake – feathers, eat these planktons.

Rio Lagartos – a fishing village – offers boat tours around the gulf, where tourists can approach the flocks of timid flamingos, see crocodiles up close, and observe large pelicans and other birds in the national reserve.

We arrived to the salt lakes closer to the evening, but that didn’t ruin our impression of Rio Lagartos at all. The pink water surface looked unbelievable in the rays of the setting sun.

Robert and Michael Jr. gazed at the water’s unusual color, gathered the salt with their hands, and even tasted it!