Northern (Turkish) Cyprus is an unrecognized state that takes up more than a third of the island.

The island was divided into two parts in 1974. In a nutshell, the following happened: enosis (a pro-Greek movement supporting the idea of annexing Cyprus to Greece) got backed by Greek military units, so Greek troops landed on the island causing Turkey to send its troops to protect Turkish Cypriots.

There was a short war that lasted less than a month and ended in creating a border between the northern and southern parts of the island.

The border between two parts of one island

The military clashes were short but very unpleasant and painful, as it was a war, after all. It was both an ethnic and religious confrontation (the Turkish are Muslims that have been trying to convert Cypriots, who are Orthodox Christians, to Islam). There were sea, aerial, and tank battles during which thousands of people were killed.

Over a thousand people are still missing. Remains are regularly found, and medical experts try to identify bodies right away by means of a DNA test, which is done to decrease the number of the missing victims of the war…

The southern part was straight away unconditionally recognized as a sovereign and independent country by the whole world, while the northern part – despite proudly proclaiming itself the Turkish Republic of Northern Cyprus in 1983 – is still considered to have been unlawfully annexed by Turkey. 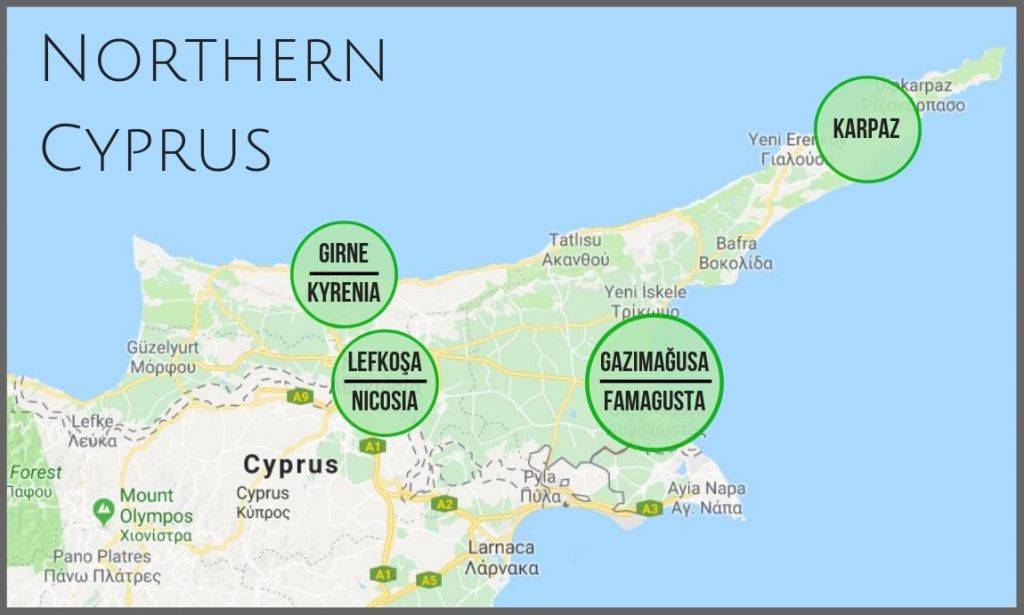 Turkish money and laws are used there. The independence of the region has only been recognized by Turkey itself so far as well as by a couple of other unrecognized states striving for sovereignty such as Northern Abkhazia.

After the above-mentioned military conflict of 1974, all Turkish Cypriots that lived in the south urgently packed up their stuff and went to the north while Greek Cypriots did the opposite – they abandoned their houses, packed up things, and went to the south. When the war came to an end and a new border was formed, it was no longer possible to cross it. Turkish Cypriots couldn’t get to the south, while Greek Cypriots couldn’t get back to the north. As for foreigners, they were basically allowed to both parts of the island, however, the ones that visited Northern Cyprus before were likely to have difficulties obtaining a visa to southern Cyprus. 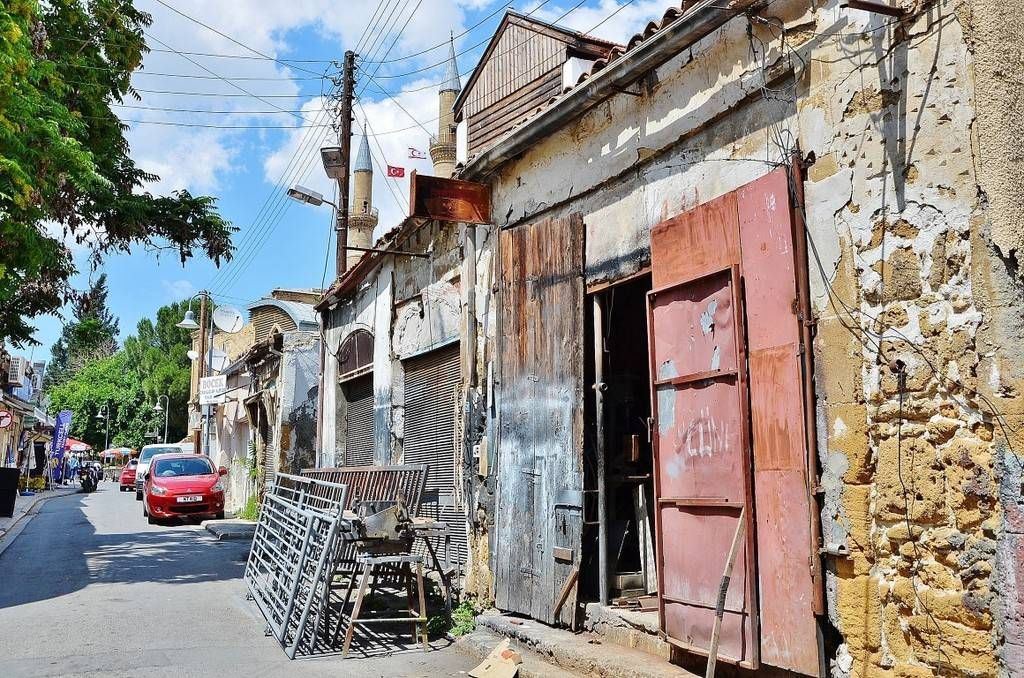 In 2004, Cyprus – that is, the southern Greek part of the country – joined the European Union.

Having moved to the southern part of the island during that horrible year, many Greek Cypriots were accepted as refugees (some of them are still considered refugees) and were able to build houses and buy land much cheaper than others. However, there were people who used to be well-to-do and wealthy, and they had to abandon their formidable property in the northern part. No benefits could possibly make up for the losses they suffered leaving their property.

Turkish Cypriots who left their houses experienced the same. So, the compensation issue is still a highly topical one, and it’s still not possible to solve it. It’s not clear how to calculate the compensation and, most importantly, who will agree to pay.

Here we’d like to point out one difference. Many houses in the south owned by Turkish Cypriots who fled to the north of the island in 1974 still stand neglected. Unlike in Northern Cyprus. Before the war, Turkish Cypriots accounted for 18% of the island population while the area that the Turkish occupied after the war comprised 33% of the island. To eliminate the disparity, Turkey sent settlers to Northern Cyprus who moved into the empty houses owned by Greek Cypriots.

There are a lot of interesting, real-life, and poignant stories connected with the urgent relocation of Greek Cypriots to the south and Turkish Cypriots to the north. Here’s one of them: there’s a Cypriot tradition according to which before a wedding the bride’s parents have to prepare and furnish the house where the newlyweds are going to live. One happy young couple had a fancy cheerful wedding. They managed to spend a night in the new house that had been built and fully furnished with love and care by the girl’s parents… and next day the war broke out. The newlyweds abandoned their new house and left without taking any belongings. They were able to return only many years after when the border was opened, but what they saw was far from what they had expected – some family lived in the house and already considered it to be theirs.

One of the houses that was occupied by visiting settlers. North Nicosia

At first, the settlers from Turkey were significantly different in mentality, habits, priorities, so the locals almost considered them to be interlopers despite coming from the same background. However, living on the island for such a long time, the settlers, in fact, have almost become Cypriots making it hard to tell one from another.

Remarkably, southern Cyprus has always considered Turkish Cypriots (but not Turkish settlers) to be fully-fledged residents of the island. Turkish Cypriots were given the same rights and opportunities as Greek Cypriots, but the fact that Turkey had unlawfully annexed a part of Cyprus was constantly stressed. The southern government claimed that the Cypriots having to live in the annexed part of the country remained patriots, thus they were fellow citizens unlike the settlers that had come from Turkey.

Three years after Cyprus joined the EU, following the negotiations between the Turkish and Greeks, southern Cypriots were suddenly able to visit the previously closed northern part of the island. It was an unexpected move from the Turkish authorities. When negotiations ended in deadlock again, the Turkish party announced, “Well, if you consider our citizens to be fully-fledged Cypriots, we are ready to open the border. Welcome, free entrance.”

Greek Cypriots were startled by the statement, and neither authorities nor press nor church commented it in any way. While the boldest citizens, having found out that the border is open, came there to make sure it’s true and were actually able to pass through it. 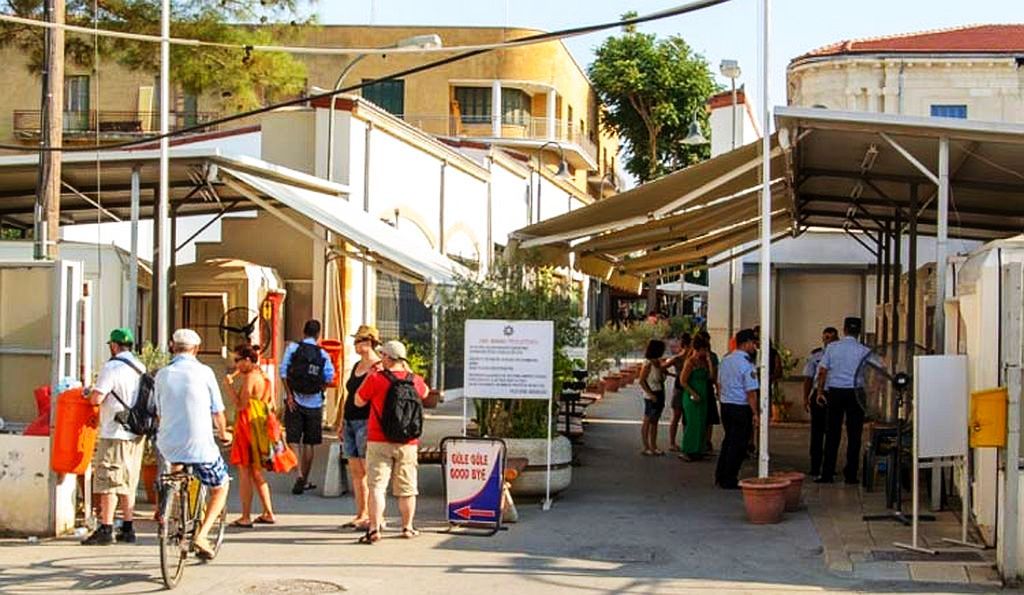 When it became clear that the north of the island can now be accessed on foot and by car, thousands of people rushed there. Some were interested in the condition of their property left there during the war. Others just wanted to walk around the home streets getting wistful and nostalgic.

The people who had hoped to see their houses intact and in good condition or even get them back returned in tears after seeing their former dwellings getting completely different from the houses they once had to abandon. There were carpets, Turkish flags, Muslim symbols everywhere. Turkish families lived in the houses. Everyone walked barefoot. It was a completely different lifestyle that seemed strange and even inappropriate in the houses that had been built according to Greek Cypriot traditions, habits, and way of life.

At first, many Greek Cypriots went there just to see around and visit their hometowns. Then they also caught on that many things were sold much cheaper in the north than in the south of Cyprus.

The reason was simple. The Turkish Republic of Northern Cyprus is a state that no one recognizes. Thus, it’s impossible to develop tourism there. In fact, the foreigners and tourists that come there actually come to a part of Turkey. There’s no opportunity to arrange normal international flights (you can get to the TRNC by plane only from Turkey), and the Turkish lira is used in trade. Since the region is not recognized by other countries, the economy of the self-declared republic is in decline, especially compared to the southern part.

When southern Cypriots started to visit the region, they quickly realized that everything is very cheap there – groceries, petrol, alcohol… The northern Cypriot restaurants with rather a decent cuisine were much cheaper than the same ones in the south. At first, Cypriots leveraged that with enthusiasm but now the prices almost reached the southern Cypriot level, as the purchasing power has started to increase after the border was opened.

Since casinos are forbidden in southern Cyprus, many Cypriots went to Northern Cyprus (and still continue going there today!) to visit gambling houses and casinos. Although it meant to “boost the enemies’ well-being”. The northern and southern parts of the island used to be and are enemies indeed because no one has come up with a political way to resolve the conflict yet. 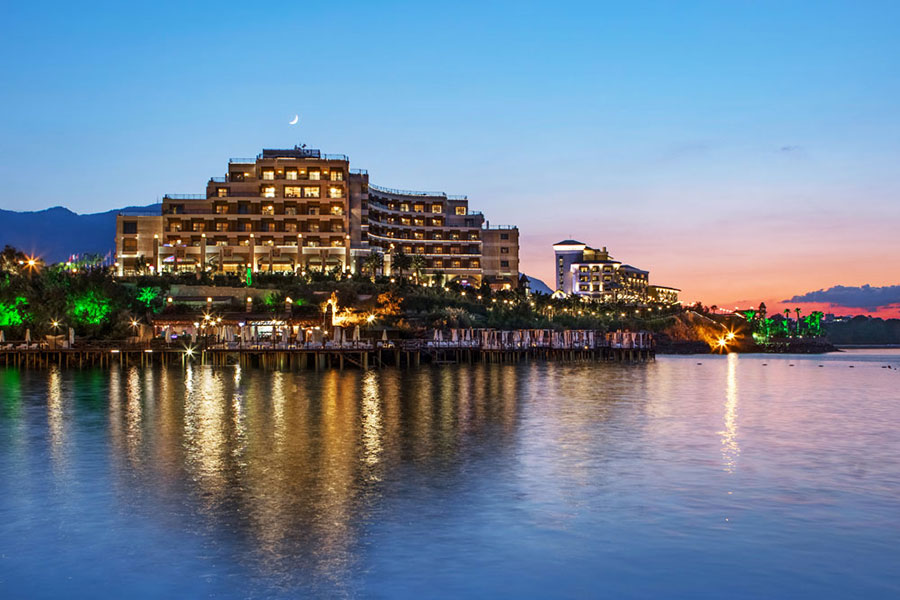 One of the many luxurious casinos in Kyrenia

Many Greek Cypriots began to visit the north for pilgrimage. There were the landmarks and holy places left in that part of the island which were of great importance for southern Cypriots.

So, during the first years, an inexhaustible stream of southern citizens flooded the Turkish part of the island. However, when the initial euphoria was over, people realized that this country is a completely different foreign one and there’s nothing to do there.

As for Turkish Cypriots, they rushed to the south to go shopping when the border was opened. They bought large bags of goods and went back home with them because there was the abundance that the northerners hadn’t seen in their Cyprus for long.

Besides, making use of the good attitude of southern authorities, a large number of Turkish Cypriots applied for a passport of Southern Cyprus changing their status from citizens of an unrecognized state to Europeans. Having received a passport and using the rights they got with it, lots of them started to use medical services actively. The hospitals were literally packed with Turkish Cypriots. Free procedures and surgeries were reserved for months ahead. The quality of health services in southern Cyprus is very high, so northern Cypriots didn’t miss an opportunity to enjoy them.

Several years after the border was opened, there was such a difficult transition period filled with events and changes, but it’s almost over now. Today lots of Turkish Cypriots cross the border to go to work in southern Cyprus in the morning and come back home, to the northern part, in the evening where they spend the money earned.

However, the situation, atmosphere, and relations between the two parts of one island still seem rather strange. The conflict is unresolved. Northern Cyprus is backed by Turkey that claims the part of the island. Nevertheless, both parties have been pretending to be friendly towards each other for over a dozen years.

In next publication: ancient cities and fortresses, beaches and sights.