Our departure from Cyprus. Part 1

Little by little, the boys were growing older, and we realized that we can get back to travelling around the world. Of course, we understood that we wouldn’t be able to travel as easily and freely as we used to before our children were born. Nevertheless, we longed to continue exploring the world.

Our parenting style is a bit unusual. From the very beginning, we decided to avoid forbidding our children anything. We believe that children are our conscious partners. We can and should reach an agreement with them from early childhood on. We are always interested in what they think and how they feel about the situation, and we can always find a way to explain them different things clearly and definitely.

We came to a conclusion that forbidding leads to a sort of conflict between children and parents, because children have no say in anything. Thus, parents are seen in a negative light: a child wants something and parents forbid that without explaining the reason. Furthermore, any restriction can spark active, sometimes even unhealthy interest in the things that shouldn’t normally arouse a child’s interest. It’s the contradiction that makes it seem curious and tempting. As the proverb says, “Forbidden fruit is the sweetest.” 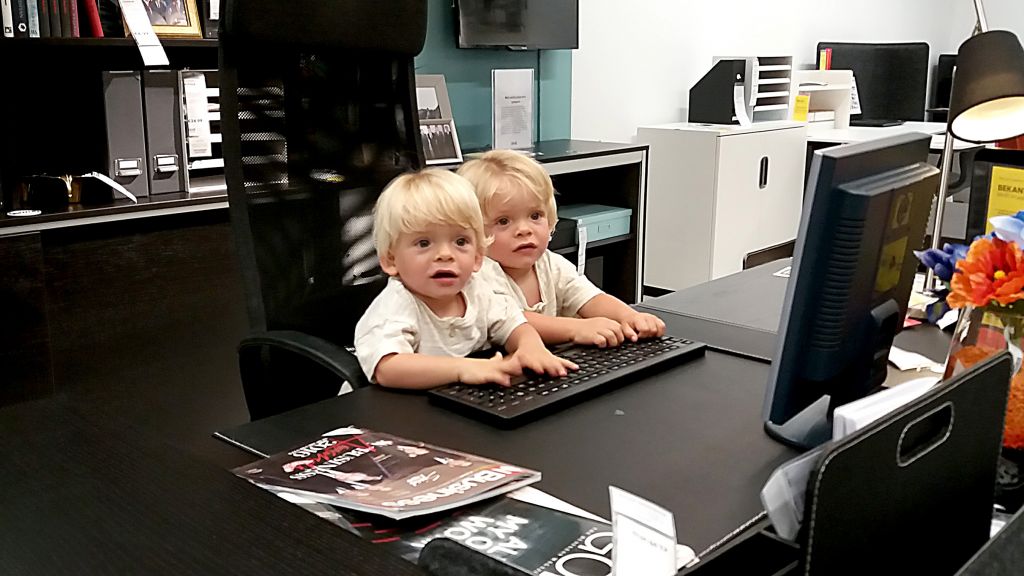 Taking into account the above-mentioned musings, we have never forbidden our children anything. It all started with the… stairs.

There were the tiled stairs in our house leading to the second floor where we had bedrooms. As soon as our babies learnt to crawl, they started to show great interest in the stairs. We were afraid that it could be dangerous, so we decided to buy a special barrier that would block the stairs and stop the children from ascending them. However, a genius idea suddenly came to Michael Sr’s mind. Since we spend most of our time at home, the babies are almost always within our sight, which means that we can use the stairs and the children’s interest in them for educational purposes. We began to pay attention to the times when the children attempted to climb the stairs and crawl up. When we noticed that, one of us ceased doing what he/she had just been doing and accompanied them in ascending the stairs.

At first, it was very tough for them to ascend – both physically and in terms of goal setting. Naturally, they got tired after several stairs, and since they were not able to descend at all, they could only go further up. When they managed to reach the peak, they were victoriously crawling around upstairs for some time while we were clapping, after which… we went back downstairs together.

The stairs activities became a sort of an educational game fostering the children’s development. As a result, when the children learnt to walk and hold on to handrails, we didn’t have to worry each time they ascended the stairs, because we knew it was already among their skills..

here was a swimming pool in the yard of the house we lived in. We read a lot of horrible stories about the accidents involving children falling into a pool. Nevertheless, we never said to our children anything like, “Don’t come so close to the pool or you will fall and drown!” We didn’t want to ingrain unnecessary fears, phobias, and blocks in the boys. On the contrary, we tried to play with them near the pool, threw balls there, took them out and so on, while explaining to them that they should be careful and cautious near the water.

“If you fall into the water, if you are in the water alone, you can drown. Do you want that?”

We are swimming together, then go out.

“What if you fall into the water?”

“Then walk carefully, don’t come too close to the edge.” 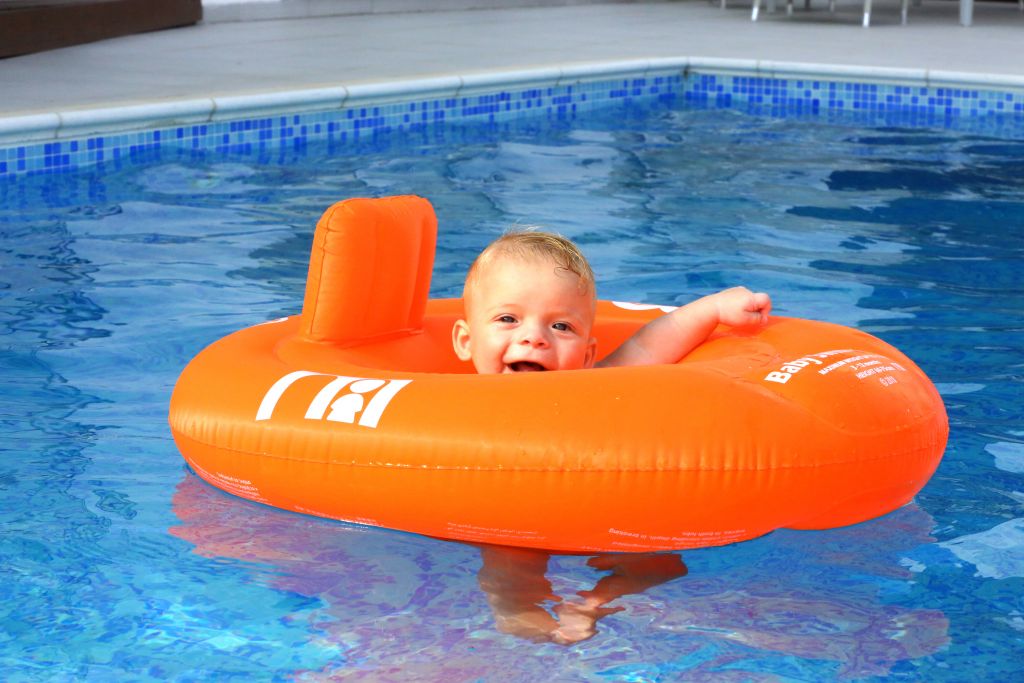 The babies got used to the pool filled with water very soon. You’d better not fall into the water, but you can easily “interact” with it, just remember to be careful. They learnt to feel the boundary, and in the 18 months of our daily games by the pool, there were no cases of either of the kids falling into the pool. It also became one of their abilities. 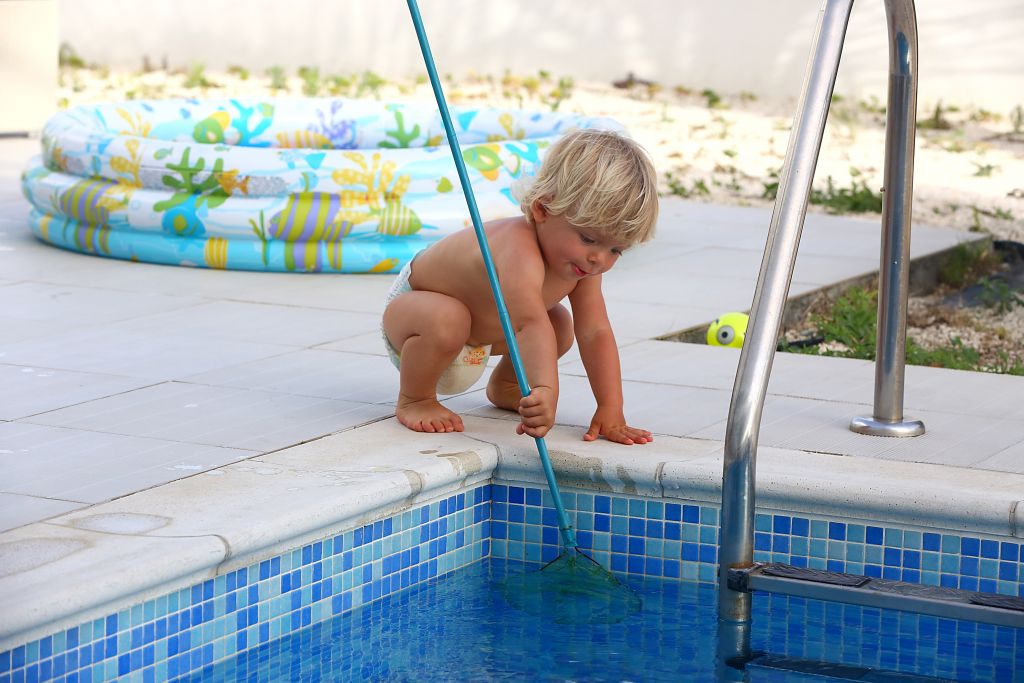 Later, during our trips, we never faced any problems with water, e.g. at the sea. The children love bathing, but they are always very careful with that. When we come to a new beach, they never run to the sea recklessly. Instead, they look at us first.

If we show them that they can go bathing and playing in certain places (for instance, where it’s quiet and shallow), they happily splash and play there.

Here’s another typical example of our approach: there was a power strip lying on the floor, which was a power conditioner for phone chargers, computers, etc. When the babies started to make first attempts at crawling, the power strip, for some reason, began to arouse great curiosity in them. We knew how dangerous it was. However, although we tried to tell them something like “no, don’t ever touch it”, the boys continued to show interest in the curious piece of equipment. Maybe, it was connected with our vehement reaction to this interest. Naturally, there must be something interesting there if parents reacted in this way, so the children wanted to crawl there again and again. And we decided to take the opposite path again. We turned off the power strip and let them play with it. That’s when it turned out that all the interesting bright toys which they had in abundance significantly outperformed the power strip. Next day, they lost interest in it completely. 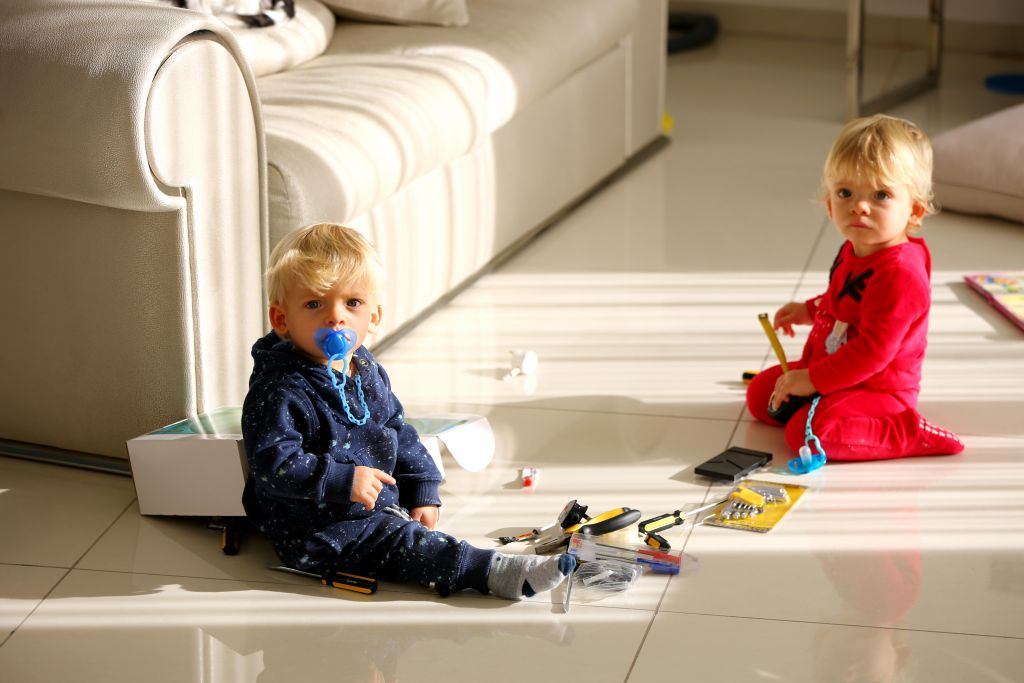 Interest in “dangerous” tools also cooled off some time after they ceased to be forbidden objects.

Many families with little children use special “anti-children” fastenings on pieces of furniture, put special safety covers for sockets. We don’t have anything of the like in our house. Nevertheless, the boys are not interested in these things at all. They don’t climb the cabinets and don’t touch electrical sockets. We explain to them that there’s nothing interesting inside the cabinets. No restrictions – no curiosity.

When the children reached the shelves that turned out to be empty, they certainly lost interest in them. However, there were two cabinets which had something interesting inside. Of course, the babies were unaware that their mother put this interesting stuff there on purpose. So they regularly cleaned the cabinets out, after which we together put everything back. Gradually, they became bored with exploring the contents of the cabinets. 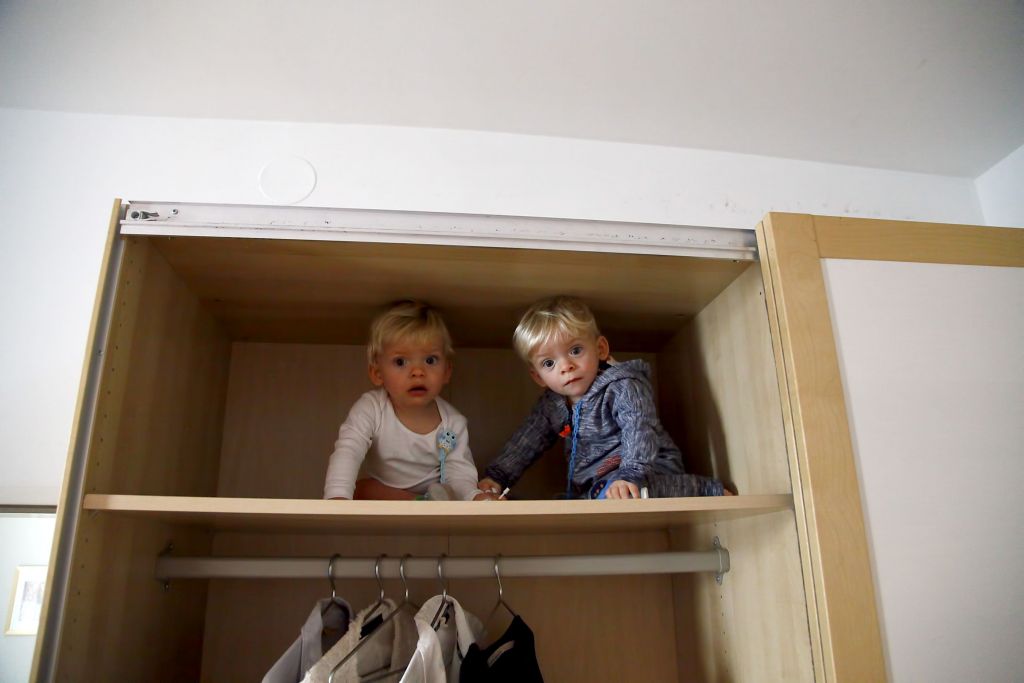 At first, it was very hard for Helen, as a mother, to put up with this nonrestrictive concept. It’s hardly possible to watch calmly how your child tries, for example, to play with a socket or takes a knife. By the way, the boys were very interested in knives. And instead of forbidding them to touch them, we started to teach the babies how to use them properly. For that, we took butter knives having no sharp edges. The babies were so thrilled and elated. They felt like adults. And they learnt to spread butter on bread perfectly in the process.

We have a funny story connected with this. One day we were sitting at a restaurant, and a waitress brought us bread and butter. One of the boys (who was less than two years old then) took a knife casually to spread butter on bread which was something he got used to. The waitress freaked out and almost ripped the knife from the baby’s hands. Our son surely couldn’t understand this act and burst into tears. As a result, we had to calm both the baby and the waitress.

We realized that we could make use of each similar situation occurring (almost every day) while our children were growing up. Knives and scissors were not something forbidden for our children, they were just ordinary tools having a certain purpose. 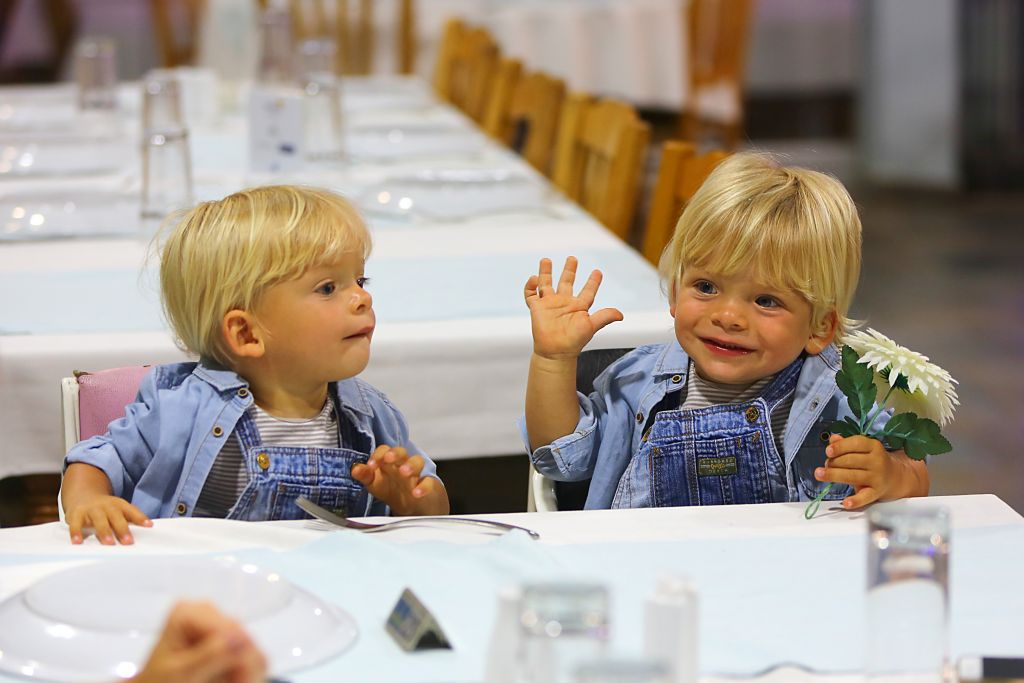 From an early age, boys skillfully used cutlery, which sometimes surprised others.

At first sight, it may seem strange. How is it possible not to forbid children anything?! But our experience shows that parents can set quite distinct boundaries using the method of explanation and education instead of restrictions. The difference is that we set these boundaries together with our children as allies, not despots.

Besides, we knew perfectly well then that when our children grow up, they will discover both knives and scissors, power conditioners and other “super dangerous and forbidden things”. But since they will be able to handle the objects, they won’t be dangerous. These will be just ordinary household items for them.

As a result of such communication and interaction, first, a child understands the risks and can face them on their own, and second, this approach makes parents and children allies. No conflicts, restrictions, and no “inequality”. It’s one of the key attitudes in our approach to bringing up the children.

In the following publication: how we were preparing for the trip and looking for a nanny